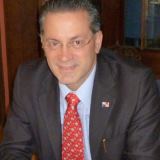 ICS Class-Head Office inform the top 10 most frequently deficiencies observed by ICS Class inspectors during the full and detailed inspection of vessels under MLC, 2006 requirements

This is the analysis of all deficiencies informed by ICS inspectors during the initial inspections of vessels carried out from March to June 2013 according to MLC, 2006 requirements.

The purpose of this analysis is to provide information to all ICS clients on the most common deficiencies observed during this period of time in order to assist and share with owners/operators in identifying and correcting these common problems.

The most frequently observed deficiencies include the applicable regulations/standards of MLC, 2006 to found some possible corrective actions in due time to avoid future problems with Port State Control inspections on and after August 20, 2013.

These deficiencies were determined by examination of ICS data received from March through June 2013 as recorded in the Marine Division of ICS Class-Head Office.

2-Medical Certificates issued by medical personnel not recognized by the Panama Maritime Authority (Standard A1.2.4 and MMC-261)

4-Seafarers Employment Agreement (SEA) not signed between seafarer and shipowner (Stardard A2.1.1 (a))

7-Records of daily hours of rest for use on board the ship not properly completed (Standard A2.3.12)

8-Documented evidence of shipowners’ financial security to assure compensation in case of seafarer’s death or long-term disability due to an occupational injury, illness or hazard not found on-board (Standard A4.2.1(b))

10-Complaint procedures not found on-board and personnel not familiarized with these procedures (Standard A5.1.5.2 and Guideline B5.1.5.1)

International Labour Conference – MLC, 2006 – Definitions and Scope of Application – Article II 1.(j).For the purpose of this Convention and unless provided otherwise in particular provisions, the term:
(j). shipowner means the owner of the ship or another organization or person, such as the manager, agent or bareboat charterer, who has assumed the responsibility for the operation of the ship from the owner and who, on assuming such responsibility, has agreed to take over the duties and responsibilities imposed on shipowners in accordance with this Convention, regardless of whether any other organization or persons fulfil certain of the duties or responsibilities on behalf of the shipowner.

SOLAS – Chapter IX – Management for the safe operation of ships – Regulation 1 – Definitions: For the purpose of this chapter, unless expressly provided otherwise:
2. Company means the owner of the ship or any other organization or person such as the manager, or the bareboat charterer, who has assumed the responsibility for operation of the ship from the owner of the ship and who on assuming such responsibility has agreed to take over all the duties and responsibilities imposed by the International Safety Management Code

The “registered owner” included on Navigation Patent and also included on item 4. of Continuos Synopsis Record (CSR) is only a name and address of a company located far away from the real company responsible for the ISM-Code and for the MLC, 2006 matters.

This is a worldwide reality that involves more than 95% of the “registered owners”. It is very important to keep the definition of “shipowner” the same in all maritime instruments to avoid confusions.

In our opinion we have to include the name and address of the company who has assumed the responsibility for the operation of the ship from the owner and who, on assuming such responsibility, has agreed to take over the duties and responsibilities imposed on shipowners in accordance with MLC-2006.

This company is, in almost 100% of the cases, the same company included on the Safety Management Certificate (SMC) of the ship. It had been clear that the shipowner as defined by the MLC, 2006 is the DOC holder.

(*) Frank H. Marmol is an ILO certified training of trainers and Maritime Labour Inspector for MLC, 2006

The “EEMS SOLAR” and responsibility for bad stowage

Data quality goes under the spotlight for the...