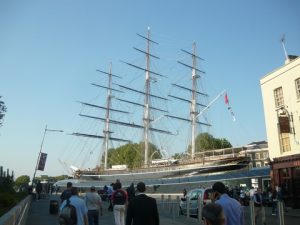 Wed 11 Sep 2013 – As London plays host to two major maritime events this month, the city’s insurance industry is all set to demonstrate its world class expertise, showing how it can help the sector deal with some of its biggest challenges.

Whether it’s insuring new technologies needed to power the eco ships of tomorrow or the geopolitical risks threatening some major sea routes, London’s marine insurers are still at the cutting edge.

The maritime sector is slowly but surely working its way out of recession, explains Doug Barrow, chairman of Maritime London and one of the organisers of Shipping Week.

A massive influx of vessel tonnage is helping to keep freight rates at depressed levels – the size of the world fleet is growing at 8%, twice the rate of growth in global trade at around 4%. High fuel prices are also adding to the pressure, making some vessels uneconomical to operate.

“Shipping is still crucial to servicing the need to move world trade – 95% of everything we consume is shipped, ” says Barrow. “The industry therefore will continue to need all the supporting aspects it relies on, such as shipbroking, banking, insurance, and the other services that are London’s strength.”

Economic and environmental factors mean that the maritime industry is under pressure to make vessels more efficient, which will have implications for risk and insurance, according to Neil Macnaughtan, managing director of Global Marine at insurance broker Willis. This trend could make repairs more expensive and lead to big changes in ship design in the long term.

“The drive for efficiency also means that container vessels are getting bigger, as are the ports and terminals being built to handle them. The high values of such giant ships are a challenge but London has an advantage in that it is capable of insuring almost any ship of any size and value, ” explains Ian Henstridge, leading class underwriter at Amlin.

“For example, a new generation of fuel efficient eco ships are in the pipeline, and insurers like Amlin are already partnering with the maritime sector to minimise the downside risks of new technology. As a leading Lloyd’s marine insurer, Amlin has already insured vessels that use new forms of propulsion using liquefied natural gas, says Henstridge.”

London International Shipping Week focuses on London’s vital role in the development of global shipping, according to Barrow.

“The City of London is rightly recognised around the world as a vital hub for these services. Maritime services have a natural home in the UK – we need to remind the world how great the UK sector is and why it’s important, ” he says.

Shipping Week demonstrates that London continues to be a dominant market for marine services, says Henstridge. “More people work in marine insurance in London than the rest of the world put together. Whether it is maritime legal, underwriting or claims, London is at the epicentre for maritime services and is ideally positioned between time zones in the East and West, ” he says.

According to Stephen Hammond, Parliamentary Under Secretary of State and UK Shipping Minister, shipping and maritime services contribute £14bn per year to the UK economy, while London accounts for 21% of global insurance premiums and $64bn of ship finance, as well as boasting the largest concentration of legal service firms specialising in the sector.

However, international trade and shipping has been gravitating east towards Asia, with a corresponding rise in competition for allied services, says Macnaughtan. For example, Singapore is already a hub for marine insurance, and has similar government sponsored aspirations.

“Increasingly, standard commercial marine business is underwritten closer to clients in domestic markets in Asia and Latin America, ” he explains. “Rather than competing for business with marginal profits, London can play to its strengths of insuring high value complex risks, such as large marine and energy related construction projects.”

“For example, the market has underwritten challenging risks like floating LNG de-gasification/re-gasification units, which freeze and unfreeze the gas for loading on to giant purpose build LNG vessels. London can also underwrite multi-year policies for high value military ship building as governments increasingly look for commercial market solutions, ” he says.

The home of good service

London has generally been recognised by the marine community as the lead market for standard commercial marine risks, especially in historically important shipping nations like Greece and Hong Kong.

“For 325 years Lloyd’s has been paying valid claims. In uncertain times, clients want security, ” says Henstridge. “The certainty of a Lloyd’s policy cannot be underestimated and is a massive advantage.”