Earthquakes, hurricanes, terrorism, marine casualties –dramatic and increasingly costly events mean that insurers need to find out as quickly and accurately as possible how deep are their risk exposures.  Getting to grips with and managing the sometimes alarming accumulation of potential claims is one of the toughest tasks for insurance carriers and brokers.

A new line of risk aggregation software just launched is designed to provide an immediate handle on exposures on any peril, giving the practitioner a head start in decision making, when an emergency strikes and develops. At other times, it will help the underwriter control a sensible balance in his portfolio by indicating that there might be excessive exposure in a certain area or class of business.

The risk exposure analysis system, known as Sequel Impact, has been devised at City-headquartered Sequel Business Solutions, which says that it has the largest insurance and reinsurance software specialist team in the market. It will show at a glance an underwriter’s likely exposure pattern to – for instance – a  Japanese earthquake, a hurricane howling through the Gulf of Mexico, or a terrorist bombing in a big city. 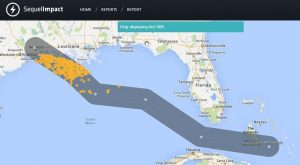 Michael Graham, sales and marketing director at Sequel, said:  “The product is particularly relevant to property and casualty insurers needing immediate visibility of exposure to terrorism, earthquakes, windstorms and floods; but it is going to be highly useful to all firms wanting to put their exposure on one system –for example aviation, marine and livestock. In fact, any firm offering insurance needs this kind of functionality.”

He and his colleague Graham Pickard, Sequel’s aggregation manager, have begun demonstrating the system to the market. Its feat is rapidly to call up exposures and aggregations in a variety of formats including a series of coloured bubbles indicating monetary values, superimposed when needed on geographic maps.

Mr Pickard said that this one product would be the first port of call for the underwriter’s front office to get to know how many risks are on the books and to visualise the impact of the insured event. 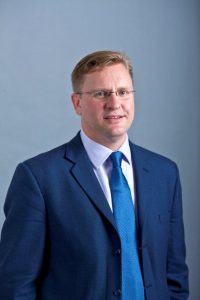 Multiple locations could be affected by a catastrophic event, and insurers would learn swiftly how much their exposures could potentially total.  “It is based on the contracts which are in force. It is the best estimate you have got, because you do not know the exact level of damage, ” said Mr Pickard.

Mr Graham added: “The emphasis here is on the world ‘calculate.’ It is not simply adding up the total insured values, it is applying the policy conditions which include limits, deductibles, excess, sub-limits – the finished exposure. It is the ability to look at it from a genuinely meaningful perspective.”

For a wide range of maximum loss scenarios, the application can home in locally or internationally, ranging from areas within GPS coordinates, to postcodes, to offshore energy fields.

Mr Graham said: “What used to be an expensive and time consuming operation fraught with multiple points of failure is now plain sailing.  The product dramatically improves decision making in insurance. It is going to change insurance from monochrome to HD colour.”

Sequel has provided its software applications Eclipse Underwriting and Eclipse Broking to many Lloyd’s managing agents, and companies underwriting, cover-holding and broking in London and internationally. 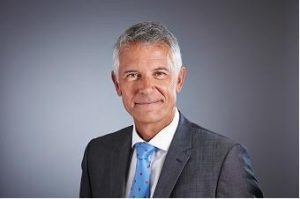 Of the technology scene more generally, Mr Graham estimates that half the brokers and carriers in the Lloyd’s and London markets are looking to review and replace ageing systems installed between the 1970s and 1990s.

He recommends a four-point checklist for a seamless transition to a new system: put together a high-level internal team to run the project and bring in a technology partner as enabling expert ; prepare detailed, realistic and comprehensive scenarios including business connectivity requirements; ensure the technology partner has a track record of delivery on time and on budget; and demand evidence that the prospective choice of software works efficiently.

“Too many firms are struggling with how and where to start, ” said Mr Graham. “This is because modernisation tends to be a once-in-a-generation infrastructure project for brokers as well as carriers, whatever their size.”

Lack of knowledge contributing to increased claims from Cat fines