Lack of knowledge contributing to increased claims from Cat fines 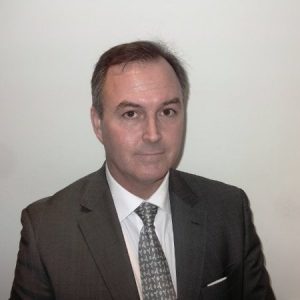 With individual claims arising from excessive main engine wear caused by cat fines in the fuel oil likely to exceed $1m, and no sign of the problem being remedied at source, operators will have to take on the responsibility for reducing the incidence of these claims, suggested Braemar SA’s Chief Surveyor for Western Europe, Paul Hill, speaking at this week’s International Union of Marine Insurance (IUMI) London Conference.

Catalytic fines are microscopic particulates that remain in marine fuel oil as a result of the crude oil refining process, which can become embedded into engine components and cause abrasive wear, leading to significant insurance claims.

Mr Hill explored the discrepancy that exists between ISO standards for cat fine content and the recommended content by engine manufacturers.   Explaining that this placed the onus on effective filtration, purification and fuel management on board the vessel, he expressed the concern that on board purifiers often have insufficient capacity and poor efficiency for the task, and that operators did not know in advance the quality of fuel being brought on board.

He also examined the difficulties faced by the insurance industry as demand for low sulphur fuel, which can contain higher levels of cat fines, continues to increase, and outlined some of the preventative action that could be taken.

“The leading main engine makers MAN B&W and Wartsila specify fuel with a maximum of 15 ppm cat fines to be used in their engines, yet the ISO Limit remains higher, with refiners reluctant to pass on – or absorb – the additional costs involved in supplying fuel at the recommended level, ” he said. ”They take the view that as all ships are built with a fuel treatment system that is capable of removing the cat fines to a level below the 15 ppm stated by engine makers, the onus is on the vessel operator to treat the fuel system. “Yet ships’ engineers are operating with one hand tied behind their back as they often do not know and cannot predict the quality of the bunker fuel being brought on board.  In addition the industry has seen a fall-off in good maintenance practices, such as regular cleaning of fuel oil settling and service tanks. There are also industry wide concerns that there is a tendency for shipyards to fit purifiers of the bare minimum capacity in order to save them money but invariably at a detriment to the shipowner.”

In conclusion he recommended that all fuel received on board should be treated as if it contains cat fines and the fitting of cat fine analysis equipment should be considered.

A great week for London comes to a close