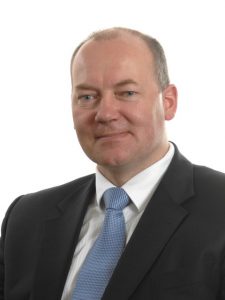 As the new Hollywood blockbuster Captain Phillips premiers around the globe, InterManager has welcomed the focus the movie brings to the role of the seafarer.

Captain Phillips, which stars Tom Hanks in the title role, retells the story of the kidnapping by Somali pirates of the US-flagged containership Maersk Alabama.

InterManager, the international trade association which represents the world’s ship and crew managers, says the movie’s worldwide appeal will raise the profile of seafaring and help broaden understanding of what a life at sea is like.

Hanks has said in interviews that he had little understanding of what seafarers did until he took part in the filming of this movie.

He told Maritime TV: “You see these ships all over the world and you don’t think much of them, you don’t realise how many people are on board or how difficult they are to run. It doesn’t look like a glamorous job and it’s not but it’s an important one and there’s stresses that you can’t even begin to believe or fathom.”

Speaking of the world’s seafarers, he said: “They have a lot of pressure on them. It’s a very dangerous job as well as a very important one and you have to be accomplished in order to get it done. I was very impressed with how hard it is and how much is involved.”

Secretary General Kuba Szymanski said: “Seafarers are a hard-working and brave group of people who risk their lives ensuring goods are transported around the world. I am heartened to hear high-profile people like Tom Hanks explaining how this movie has helped them to better understand the importance of shipping and seafaring.”

Diana Shipping Inc., announces the acquisition of a capesize bulker