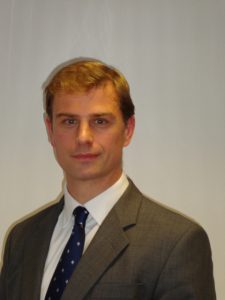 Braemar Adjusting continues its global expansion with the addition of one Director in London, two Directors in Houston and an energy adjuster in Singapore.

Grant Smith, Chief Executive Officer of Braemar Adjusting, said: “This represents an extremely exciting time in our company’s development.  In 2013 alone we have opened a new office in Dubai and recruited 13 excellent employees across the globe, to take our business forward.

“The insurance market is changing.  There are new players, requiring varying and more exacting service levels.  As an organisation, we at Braemar are ahead of the curve in recognising the fact, recruiting new talent and training them to face these challenges.

“Our most recent additions – Ian, Jeremy, Vincent and Patrick – bring a combined wealth of industry knowledge and experience to our organisation.  These gentlemen are the epitome of customer focus and have welcomed the challenge we put before all employees, to find ways to continually develop and improve the service we provide to our clients.

Ian McInroy re-joins Braemar’s London office as a Director in October 2013 from a leading international insurance broking and consultancy group, where his primary responsibilities were to design risk transfer programmes for offshore energy construction projects and advise clients on the terms and conditions of their energy contracts.  In this role Ian was also responsible for preparing client submissions to the Department of Energy and Climate Change, in relation to permanent carbon capture solutions technology.  During his previous time at Braemar, Ian was the London market contact for various Gulf of Mexico hurricane claims and the principle adjuster on a wide variety of losses including FPSOs, offshore platforms, pipelines, jack-up rigs, subsea and seismic equipment as well as power and fertilizer plants throughout Europe, the Middle East and Africa.  Prior to joining Braemar, Ian was responsible for delivering engineering and construction projects in his role as Project Manager for a UK-based construction company and he travelled extensively throughout Europe and Asia as an Investment Analyst for an Asset Management Company.  Ian has a BEng in Manufacturing Science and Engineering from the University of Strathclyde, Scotland and as a Director in London, he will provide an important liaison role with key clients, while expanding Braemar’s existing offshore construction team. 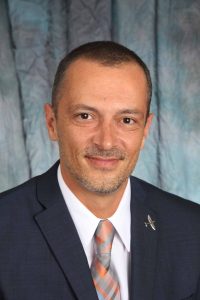 Vincent Marrot joins Braemar’s Houston office as a Director in October 2013 following his role as Global Leader for Energy and Construction Engineering for Marsh, where he was responsible for energy-related engineering activities conducted through the Houston, London, Dubai and Singapore Energy practice hubs.  Vincent previously worked as an international loss adjuster for 12 years, based in both London and Houston, where he specialised in deep-water control of well and the associated pollution claims.  Vincent has adjusted numerous upstream and downstream losses involving offshore platforms, drilling units, FPSOs, gas turbines, power generation facilities, compressor stations and refineries.  Prior to loss adjusting, he worked as a Directional Driller for over a decade in Europe, Asia, North and South America and has also worked as an engineer with Rolls Royce UK.  Vincent is bilingual in French and English, has an M.Phil. in Petroleum Engineering, is a licensed loss adjuster in the state of Texas and a member of the Society of Petroleum Engineers.  Vincent will play a key role in the future development of our North American operations and strengthens our existing team of well control specialists. 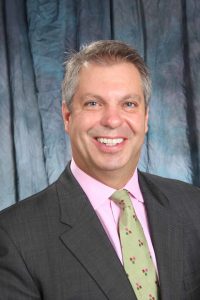 Jeremy Palmer joins Braemar’s Houston office as a Director as of October 2013, bringing with him over 27 years’ experience working in the Energy Insurance markets of London, Paris, Calgary and Houston.  During this time Jeremy has served in senior roles in claims and on the placing side.  Most recently Jeremy was National Energy Claims Manager for an international insurance broking house, and prior to that he worked as an Energy and Mining placing broker with numerous multinational clients.  In these capacities Jeremy has facilitated the resolution of numerous complicated energy losses around the world, has negotiated both package and stand-alone insurance placements in the domestic and international markets and crafted policy wordings to address the various risk appetites of his respective clients.  These experiences give Jeremy a unique insight into the needs of all parties involved in the claim process and Braemar looks forward to embracing the experience and additional insight Jeremy is able to bring to the team both within North America and Internationally.

Patrick Carey joined Braemar’s Singapore team as an Energy Adjuster with effect from September 2013.  Patrick graduated with honors from The University of Newcastle upon Tyne’s School of Marine Science and Technology in 2007 with a degree in Marine Engineering, gaining recognition through the Dr. James A. Lisnyk Award for Ship Design Excellence. Thereafter, Patrick worked with a Mechanical Completions and Commissioning company, MCCS International, based out of their Kuala Lumpur office. During five years with MCCS, his roles have included Pressure Testing Supervisor, Commissioning Engineer, Planning Engineer and Completions Coordinator on a variety of oil and gas projects including FPSO Construction, Topside Construction & Upgrades, and Onshore LNG Facility Completions and Commissioning throughout the Far East.  Braemar welcomes Patrick onboard where he will supplement its existing team of experienced offshore construction experts currently servicing the Asia Pacific region.

•             Braemar Adjusting is recognised as a leading loss adjuster by the Energy Power and Mining insurance markets worldwide.

•             The company has the required expertise and experience to handle onshore and offshore, upstream and downstream operational and construction losses.