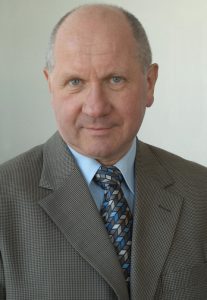 The Marseilles Fos port authority has marked the 50th anniversary of the Fos Industrial Zone (ZIF) by hosting a professional forum to set out a vision for the vast complex over the next 50 years.

Created under a French government-backed initiative in 1963, the 10, 000-hectare ZIF is one of Europe’s most important port-industrial zones and a major driver of the regional economy, with multiple activities stemming from its core origins in the oil and steel industries.

They came together to debate the direction ZIF should take at a time of ‘profound changes’ on issues such as energy demand and industrial synergy.  Discussions were led by some 20 speakers in three themed workshops – the energy industry; heavy industry and industrial diversification; and sustainable development, employment and quality of life.

Port managing director Jean-Claude Terrier traced a history of ZIF developments ranging from oil refining and petro-chemicals to steel production and offshore construction.  Parallel to this, Fos had been developed as the port’s deepsea container and multimodal logistics base.

Focusing on the energy sector, M. Terrier said that the Europe-wide decline in oil-related industry had seen the port lose 18 million tonnes of oil traffic since 2008.  It was vital to absorb the impact by planning for the future without counting on the development of this activity.  Opportunities were now represented by the diversification into LNG and the development of new power networks.

He noted that the port was already home to two LNG terminals – Cap Tonkin and Elengy Cavaou – with annual capacity of 11 million tonnes, while the new Fos Faster terminal would make Fos the third largest LNG port in Europe.  Likewise the Fos-based power generation companies, which currently supply a quarter of the region’s electricity, were progressively turning to non-fossil alternatives such as solar-powered and wind-powered renewable energy.

Further statistics underlined the physical growth of ZIF and its economic contribution to the region.  The area now includes 13.6km of quay – with depths alongside of up to 20.5m – that last year handled almost 4, 500 calls.  The landside infrastructure includes 110km of rail and 86km of roads.

The zone has a total workforce of 30, 500 – or 70% of jobs generated by the port – and houses 35 industrial organisations as well as 26 logistics companies.  Major industrial occupiers include ArcelorMittal, Ineos, Air Liquide, Elengy, Arkema, Lyondell Basell, Suez Electrabel, Esso, Primagaz and Total.