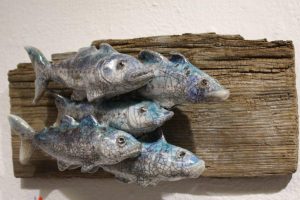 Shoal of five fish on driftwood. By Richard Ballantyne

Shoes, handbags, fruit, fish and a birdbath – these are the models for many subjects embellished with relish by 90 exhibitors at the annual exhibition 2013 staged by London Potters, at Morley Gallery in Westminster Bridge Road. 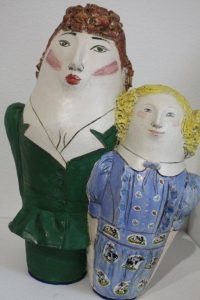 Since 1986, London Potters has united professional and amateur ceramicists in celebration of their craft, and in recent years has mounted shows of ever more ambitious scope. More than 200 works of elegance and ingenuity have poured this year for show from members’ studios, and were presented with consummate taste. 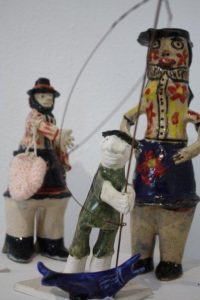 Fisherman, Woman of Nazare and Woman of Algarve By Vera Freire

Kate Hopkins-Searle fashioned remarkable high-heeled ‘shoes’ with bows that look as though they were made from crunchable fabric; Richard Ballantyne created shoals of fish on driftwood; Vera Freire cast figures inspired by Portugal’s links with the sea; Kay Gallwey-Chand took humorous angles such as the cheery figures ‘Me and My Mum 1945’; and the eclectic parade, glazed and unglazed, marched on and on. 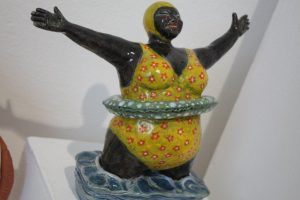 A larger-than-life head produced by Jeremy Clark and entitled Reminiscence was among window-displayed pieces. Spectators were hardly surprised to learn that Mr Clark admires monumental sculptor Jacob Epstein, futurist painter and sculptor Umberto Boccioni, and European sculptors of the 1930s. 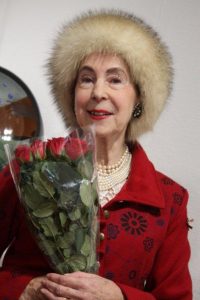 Among glamorous receptacles, three jardinières – richly decorative urns for plants and foliage – from Elżbieta Stanhope caught the eye. Mrs Stanhope has a well earned reputation for bringing into existence from earthy clay a series of flamboyant ladies with a sensual and sultry aura. Friends from London’s Polish community were among visitors who congratulated her warmly on her striking creations.

The Exhibition will run until November 20,   Tuesdays and Fridays 11am-6pm, Wednesdays and Thursdays 11am-7pm, and Saturday 12pm-4pm. 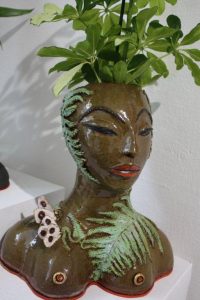