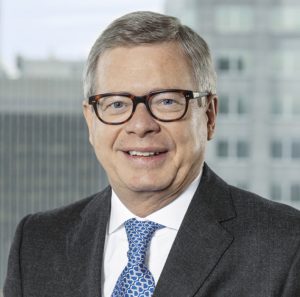 Wolfgang F. Driese, CEO and Chairman of the Board of Managing Directors

DVB Group publishes results for the period ending on 30 September 2013: Consolidated net income before taxes of €96.2 million (down 7.8%), due to a non-recurring effect in the previous year

Frankfurt/Main, 14 November 2013 – DVB Bank SE (ISIN: DE0008045501) today published its results for the first nine months of 2013. DVB continued to successfully provide financing solutions and advisory services to its clients in the international transport sector during the first nine months of 2013, despite the prevailing difficult situation in individual submarkets of international maritime shipping. Consolidated net income before taxes of €96.2 million was 7.8% lower than in the previous year (9m 2012: €104.3 million). The year-on-year change was due to a non-recurring effect in the previous year; namely, the sale of a stake in British aero engine specialist TES Holdings Ltd.

Wolfgang F. Driese, CEO and Chairman of the Board of Managing Directors of DVB Bank SE, commented on the Bank‘s results for the first nine months of 2013 and provided an outlook on business developments during the remainder of the business year:

”Even though we see signs of vessel values and charter rates bottoming out in the troubled shipping sectors, the shipping finance business remains challenging in 2013, and will continue to do so into next year.

Against this background, we are satisfied with the Bank’s results as at
30 September 2013. Excluding last year’s non-recurring effect, we anticipate being able to once again present a solid set of full-year results.” 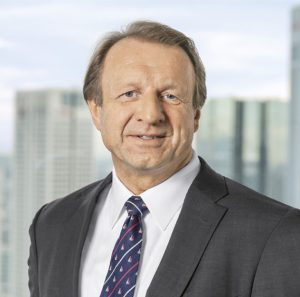 Net fee and commission income of €79.0 million was down 13.0% on the previous year’s high level (9m 2012: €90.8 million). The net figure primarily includes fees and commissions from new Transport Finance business, and asset management and advisory fees.

Net other operating income/expenses reduced from €42.3 million to
€-3.8 million. The significant decline was due to a non-recurring effect in the previous year: the net figure for the first half of 2012 included proceeds from the sale of a stake in British aero engine specialist TES Holdings Ltd.

General administrative expenses decreased by 8.3%, to €125.7 million. Staff expenses rose slightly, by 3.3%, to €78.4 million, whereas DVB lowered non-staff expenses (including depreciation, amortisation and write-downs) by €13.9 million, to €47.3 million.

The net result from financial instruments in accordance with IAS 39(comprising the trading result, the hedge result, the result from the application of the fair value option, the result from derivatives entered into without intention to trade, and the result from investment securities) once again reflected the volatility levels on foreign exchange and interest rate markets. During the first nine months of 2013 the net figure was positive, at
€19.1 million, after a negative balance of €21.3 million during the
same period of 2012.

DVB’s total assets decreased by 0.8%, from €23.8 billion to €23.6 billion. DVB’s nominal volume of customer lending (the aggregate of loans and advances to customers, guarantees and indemnities, irrevocable loan commitments, and derivatives) totalled €20.8 billion in euro terms. In US dollar terms, it amounted to US$28.0 billion.

Market survey on eco-shipping: innovation boost from eco-ships and retrofitting

Bolero Supports Growth Across Asia-Pacific (APAC) with the...