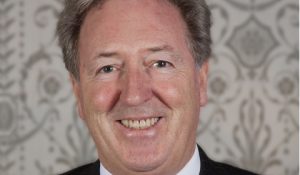 The Strike Club has expanded its range of fixed-premium insurance covers to help time-charterers if and when they suffer the loss of their booked profit as a result of the total loss or constructive total loss (CTL) of a chartered ship. The launch of this new product was approved by the directors at the recent board meeting in Luxembourg.

The new cover insures the financial loss time-charterers would incur when charters are cancelled following TLs or CTLs, by insuring the total expected profit between hire receivable and hire payable. The club managers explained that the new product could be beneficial to time-charterers when freight markets make a recovery, and is really being introduced by the club ahead of an anticipated upturn. They added that this product further underlined the club’s prudent policy of only extending its covers when it perceives a real need in the market.

At the Luxembourg meeting the directors reviewed the club’s financial position at the half-year mark, and noted that the rating of BBB+ with stable outlook was maintained in S&P’s latest report in July.

For the club’s core business of providing mutual cover for owners and charterers, the directors agreed a general increase of 10% for Classes I and II (shore-related risks) for the new policy year commencing February 1, 2014, and a general increase of 5% for Class III (ship-related risks), in each case additional to a full review of each member’s exposure, cover, deductibles and record. The premium increases are a repeat of last year’s rises, and so is the release call of 30% set across the three classes.

The Strike Club, the market leader in the niche area of delay insurance for the marine trades, reports continuing strong demand for its mutual and fixed-premium covers.

Bill Milligan, chairman and chief executive of S.C. Management, said the industrial scene is still riddled with uncertainty as shipowners and port and other employers on shore faced a relentless tide of strikes and stoppages. “The club suffered claims setbacks in the first few months of 2013, with a miners’ strike in Colombia, widespread port strikes in Chile and a bitter, prolonged port strike in Hong Kong.

“Recently, claims have reduced to more normal levels under the classes for shore-related risks. But, alas, the end of October and the first half of November have brought sharp reminders that delays are never far away. There has been trouble at one of Mexico’s most important ports where the country’s navy, army and federal police took control of the city and Pacific port of Lazaro Cardenas as a result of the unremitting drugs war. And strike action or threatened action has emerged in Panama, Israel, India and Pakistan, while a report on November 11 said that strike action at Lisbon’s commercial ports will have a major impact on terminal operations in the coming weeks, although tanker terminals will be unaffected.”

The Strike Club is now in its 56th year of business.

HELMEPA’s Environmental Awareness Campaign heads to the City of Nafplio