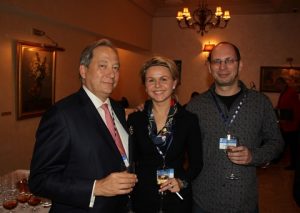 Shipping, insurance, legal and government experts tackled the industry’s most burning topics at the third annual conference of the Russian Union of Marine Insurers, where close to 100 delegates from more than a dozen countries heard much plain-speaking.

During the conference, Mr Trubitsyn delivered an eagerly-followed update of the challenges and trends in Russia’s marine insurance market.

“A vast range of topics was covered, and I am glad to note a considerable increase in support for the conference every year, ” said Ms Lazovskaya.

Elena Lukyanova, director of the marine insurance department at Alfastrakhovanie, another leading Russian insurer, confirmed: “The topics discussed at the RUMI conference were all significant and up-to-date, and of concern to the maritime sector overall and insurance in particular. Naturally, we would like to see more such events as this. It is very important to see the problems from different angles: governmental institutions, insurers, shipowners and shipmanagers, surveyors, lawyers… It is great when we find a solution which suits all parties. This is specifically the reason why we do our work at RUMI.”

Speakers and delegates at the November gathering at the Radisson Royal Hotel, Moscow, included representatives from Russia’s ministry of transport, the International Chamber of Shipping, the Russian Chamber of Shipping, the International Union of Marine Insurance, the Russian Union of Marine Insurers, shipowners, insurance brokers, lawyers, P&I correspondents, surveyors, charterers and ship registers.

The first address was given by Alexey Klyavin, president of the Russian Chamber of Shipping, and he was followed by Karin Orsel, deputy chair of the International Chamber of Shipping, on the topic of sustainable shipping. Delegates said that it was fascinating to hear that two independent contributions had so much in common in respect of issues they consider to be of most interest and concern in shipping, as well as a mutual view towards resolving them. This coincidence is a very positive sign – although not really surprising, they said. The same trend was seen in the speeches of Ole Wikborg, president of IUMI, and Mr Trubitsyn. Here again, it became clear that marine insurance in Russia and international markets share the same problems and trends.

Getting down to practical details, the second session began with a hard-hitting presentation about Arctic shipping, by Vyacheslav Ruksha, director general of Atomflot. His exploration of the subject was entitled Reality and Myth: Potential Risks of Arctic Navigation

His address was seen as a timely ‘wake-up call’ to the industry. With much detail and specifics he described the very comprehensive process of organising passage through Northern Route. He shared statistics and gave an insight into how some of the recent “top of the world” casualties were dealt with.

He went on to draw potential scenarios of major losses, which in his view are no more a risk, and could even be less, than that in other trading areas. In his opinion, the question revolves around the expertise of underwriters which, he asserts, is inadequate.

There has been market concern that dearer insurance might offset some of the economic benefit to shipping to be gained by taking the shorter northerly route, but Mr Tonkovidov confirmed that during the last few years additional premiums for such passage had moderated. 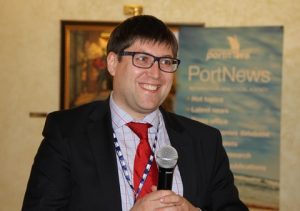 Throughout the conference, there was much healthy debate in the formal sessions, as well as in the networking area after the accomplishment of the official side. “We enjoyed very interesting conversations, new contacts being made, ” said Ms Lazovskaya, “and what is most important, as one of our delegates said, there was a very cosy atmosphere with the kind of feeling one gets from meeting old friends, rather than what is sometimes the case with intense networking with new business partners. Whether this was the result of the post-session champagne or the soft and warm music of a jazz band kindly provided by one of our sponsors, the law firm Thomas Cooper, it does not really matter.  The world these days is a small village, and marine insurance seems to be just one tiny house…although I would prefer to refer to it as a big villa!” 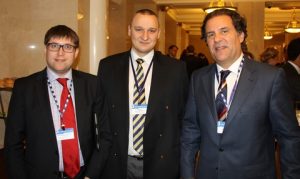 She added: “I am very happy that people have felt interested enough to take the time and effort to travel from different countries to visit us. From what I saw, they were making new contacts, developing their business relationships and building new ones, expounding their views and sharing knowledge in a calm and friendly environment. Our type of business requires frequent flying, late meetings and round-the-clock response to clients and colleagues. This could not happen without the feeling of friendship and true support from those people we should call business partners but who long ago indeed turned into friends.”

Ms Lazovskaya said: “We see an ever growing appetite from our delegates for more practical sessions. It is hard to devote adequate time to issues of concern to brown and blue water shipping respectively. So at next year’s conference we plan to split up sessions for these two areas. This will give us an opportunity to discuss in more detail some practical areas in each discipline, and to host more delegates from river shipping as we shall discuss the immediate questions they face in their ‘kitchen.’

“This will allow presentations and discussion of the ‘blue water’ sector wholly in the English language. Until now, because of a mixed audience of inland and ocean shipping people, we have asked Russian speakers to present in their own language. Even though we use professional shipping translators for each of the topics, we recognise that marine insurance has a specific terminology and it is important to deliver accurately the various shades of meaning.”

On the final evening, as the jazz band took a break, all the delegates were gathered to witness the official launch ceremony of WISTA Russia, the 33rd national association in the Women’s International Shipping & Trading Association.  Further details of the new association and the launch event can be found at http://www.allaboutshipping.co.uk/2013/12/10/wista-russia-is-launched/