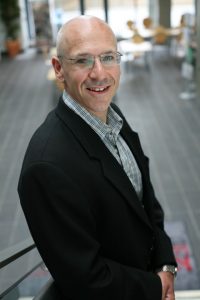 Rates of post-traumatic stress disorder (PTSD) are much higher in private security contractors than in UK military personnel according to a new report – which also identified that private security workers are offered little psychological support.

The RAND Corporation has undertaken a survey-based study on the health and wellbeing of private military and security contractors (PMSCs) – the largest study to date to examine the physical and mental health status and health care use among PMSCs. It is also the first of its kind to examine the issue among all PMSCs.

It showed that, in fact, PTSD rates are more than double for PMSCs, compared to UK military personnel. Other key findings are that few private security organisations have psychological support mechanisms in place but those that do fare better in terms of their contractors’ mental health. The report also pointed to the measures an organisation can take to mitigate these mental health risks, including the introduction of a peer support programme.

Academic psychiatrist with King’s College London, leading UK expert in traumatic stress (including PTSD) and founder of psychological health consultancy March on Stress, Professor Neil Greenberg said: “I very much welcome the important work that the RAND Corporation has carried out to systematically examine the psychological health of private security contractors.

“The psychological health of this important occupational group has previously been under-researched given that they perform an important role in highly challenging conditions. Importantly, as the report states, the majority of security contractors have previously served their nations in the Armed Forces and thus the public should rightly be interested in their mental health. The results of the report show clearly that those who work in the industry report more mental health problems than do their military counterparts who are still serving in the Armed Forces.”

The research also shows that many contractors report being poorly supported by the organisations who are making use of their services and – importantly – contractors who report receiving good support from their employers (in the form of specific trauma related training or mental health briefings) enjoy better mental health.

The survey was open to contractors of all nationalities who had deployed on contract to an area of conflict at any point from 2011-2013, and covered topics such as military history, contractor work history, experience working on contract in a conflict zone, health status, health care use, and demographic information.

· To request further details, or an interview with Professor Greenberg, please contact Kirstin Hay on 07880062289.
· A full copy of the research is available on the RAND website via this link: www.rand.org/pubs/research_reports/RR420.html#key-findings
· The RAND Corporation is a non-profit institution that helps improve police and decision making through research and analysis. Please visit www.rand.org for further information
· Professor Neil Greenberg, an academic, occupational and forensic psychiatrist with more than 23 years of military experience and one of the UK’s most prominent PTSD experts is also: founder and director of psychological health consultancy March on Stress; Royal College of Psychiatrists Lead for Veterans’ Mental Health; and President Designate of the European Society for Traumatic Stress Studies (ESTSS).
· March on Stress operates worldwide in close partnership with clients who typically place their people ‘in harm’s way’ – in security, media, government, oil & gas, and emergency services. We help to build resilience by safeguarding the psychological wellbeing of those personnel through the prevention, detection and treatment of occupational and operational stress, including post-traumatic stress disorder (PTSD).
· Established in 2001 by, March on Stress is the UK’s leader in Trauma Risk Management (TRiM) training, a psychological peer support programme, and provides a menu of options of other first class psychological support services, including psychological monitoring.