Shipping may be able to adopt financing methods favoured in the aircraft sector, in its search for new routes to fund newbuilding projects.

Among such courses, businesses could issue secured bonds of the type regularly set up to finance new aircraft, now that many of the banks that once supported shipping have pulled back. This was one of the potential solutions highlighted by Simon Lew, a partner with Norton Rose Fulbright LLP, when he addressed the theme “Alternative sources of debt finance for shipping” at a meeting of the International Maritime Industries Forum on December 12 2013.

The background is that companies are casting around anxiously for access to funds that a few years ago could routinely have been borrowed from an array of major banks.

Outlining the characteristics of a secured shipping bond, Mr Lew said that it would have a similar security and covenant package to a bank loan. The structure was based on a combination of the corporate debt rating of the shipping company, and security over the asset. Debt service payments came from charter hire payable under a bareboat charter of the ship.   The main drawback compared to bank financing was that investors in the bond would eschew pre-delivery (construction) risk, and they would expect to be paid a make-whole premium on any early redemption of the bond. 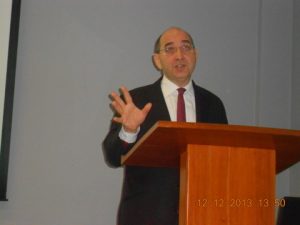 Ownership of the assets in bankruptcy-remote special purpose vehicles, and dividing the debt into tranches, lends credit enhancement to such bond. A liquidity facility ensures that debt service on the highest rated bonds would continue following a default, when the asset was being repossessed and re-marketed.

Widely used in aviation, the structure is designed so that the Class A noteholder, the holder of the most senior tranche of bonds, will always be paid. It allows the Class A note to be rated two to four notches above the corporate senior debt rating of the operator. The liquidity facility provider has to be rated at the same level as the Class A notes. 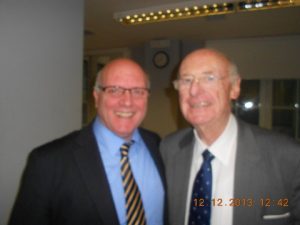 Mr Lew said that such a format could enable a sub-investment grade shipowner to raise finance at investment grade pricing, but cautioned that this type of financing structure depended a great deal on legal analysis of repossession risks: how long it would take to arrest or recover possession of the ship in the event of default, and how long it would take to sell or re-charter the ship.  The answers to these questions impacted on the length of liquidity facility required, and in turn the cost of the transaction.

Mr Lew said that the three principal sources of capital for the industry since 2009 had been bank loans; equity in the form of initial public offerings and private equity transactions; and bonds.

Although it was hard to identify exactly what represented new money, the total of new capital in 2012 for the shipping and offshore industries in commercial bank loans, equity and bonds was estimated at around $115bn, compared to some $170bn in 2007. 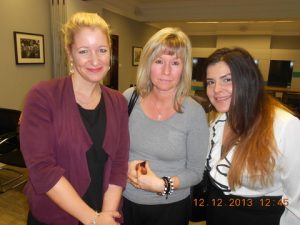 While 2013 might prove to have been a better year, there remained a significant gap in capital going into the industry. Most of that gap resulted from a reduction in commercial bank lending. In 2008, some 90% of the capital going into the industry was in the form of bank debt. In 2012, only about 45% of the capital took that form, and for the first time, bond finance was close to the same proportion as bank debt. The $42bn-plus in bonds accounted in 2012 for around 45% of industry funding.

In 2013, “there has been a recovery of sorts in the total of bank debt going into the market, but this is only for the most robust sectors such as offshore and liquefied natural gas. For the majority of shipowners and sub-sectors it is still a very big struggle to find [a lender]. This year [2013] there has been a notable increase in equity, private placements and IPOs, ” said the Norton Rose Fulbright partner.

Financial leasing was growing, with Chinese companies of that type acquiring large fleets.  Those Chinese interests were “big players” and were looking further afield, as indicated by reports that they had agreed with European operators finance leases for five post-panamax ships with options for a further seven, and separately an order involving three 18, 000 teu containerships.

Elsewhere, Mr Lew expected the phenomenon of “KG-style” leasing products being marketed to retail buyers to grow.  Pension funds, insurance companies, private equity, corporates, high net worth individuals and banks were among others looking at investing.

Both the Norwegian and US bond markets had been active in the last couple of years. Other markets included Germany and Asia. Mr Lew cited a Rickmers deal in Germany, and bonds placed in the US for issuers including Navios.

What is known as an offshore project bond has been used to finance drillships, rigs and FPSOs for oil and gas producers: Petrobras has in this way financed more than $4bn of offshore assets since 2010.  In 2013, such project bonds were used to finance liquefied natural gas carriers.

Mr Lew foresaw that export credit agency-wrapped shipping bonds could assume more importance.  Under these facilities, a guarantee provided by an export credit agency should allow the bond to be rated at the same level as the sovereign debt rating of the country of the export credit agency.  Precedents for such bonds had been set in the aviation sector by US Exim, UK Export Finance and Coface.

One completed example was a $300m financing by Kexim of 18 ships for Scorpio Tankers in October 2013, which included a $125m guaranteed bond tranche. “Because the Koreans have done it, I am convinced that others will be forced to follow, ” said Mr Lew. 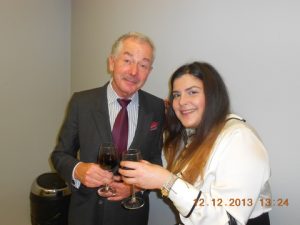 In a general commentary, IMIF chairman Jim Davis doubted whether parties to ship contracting had in the last few years always factored in the business risks involved. “How much notice is taken about the employment of the ship? And how much interest do these clever financial people take in that, in respect of the transaction? I fear, not enough. I just hope that shipowners, as borrowers, have learnt their lessons from the past, and say ‘I am not going to take this money unless I can really take employment’ – and that [requirement] goes for both sides of the deal.”

Mr Davis thanked Mr Lew for his clear and extensive survey of developing finance options, and expressed appreciation for the welcome and hospitality offered by Jeremy Penn, chief executive of the Baltic Exchange, who was host for the event at the St Mary Axe premises.