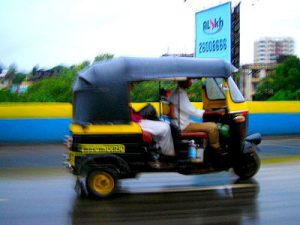 The drivers had been lawfully using a specially allocated area at the railway station for thirty years. The recent introduction of a private taxi contractor to the station put an immediate end to this decades-long tradition, as auto rickshaw drivers were banned from using the space. This prohibition was enforced by railway police.

The drivers called on ITF affiliates the Tamilnadu Road Transport Workers’ HMS Federation to intervene, and the union organised a protest meeting at the station on 19 December 2013. The union also met with station management and the railway police force to negotiate the return of the allocated space.

The union intervention saw an additional 210 people sign up with the Tamilnadu Auto Taxi and Private Sector Drivers’ HMS federation. Mahendra Sharma, ITF Asia Pacific regional secretary, said: “This is a case of solidarity extended by a larger union – in this case, Southern Railway Mazdoor Union – helping unorganised informal auto rickshaw drivers operating at Railway stations to both establish a union and then helping that union in its fight to get the right to operate from station premises restored.”