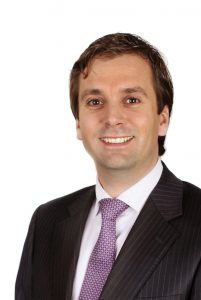 ROTTERDAM-based law firm AKD says shipping and international trade and logistics operators should welcome a recent decision by European Justice Ministers which will improve their chances of successfully recovering money owed to them by trading partners in EU countries by effectively opening the door to the Europe-wide freezing of bank accounts.

At the end of December, 2013, European Justice Ministers reached agreement on the European Account Preservation Order (EAPO), which will facilitate the recovery of cross-border debt claims throughout the EU. This is part of an ongoing programme to harmonise procedural rules throughout Europe.

Sebastiaan Moolenaar, a partner with the transport & trade team at AKD, says, “Creditors seeking to recover debts in EU member states face serious difficulties, particularly in the current difficult – albeit generally improving – economic climate. It has been estimated that European companies lose roughly 2.6 per cent of their yearly turnover to bad debts. Moreover, about a million SMEs (Small and Medium-sized Enterprises) encounter problems with cross-border debts, reportedly writing off up to EUR 600m a year because they are scared off by the time, effort and cost involved in taking even provisional steps to preserve the assets of debtors located abroad.

“Easy and quick access to asset preservation measures is essential in order to ensure that debtors do not remove or dissipate their assets before creditors have obtained judgment. But the prospects for issuing – and the conditions governing – asset preservation orders vary considerably under the national laws of different EU countries. Among other things, it is sometimes impossible in many EU countries for creditors to obtain information about the whereabouts of their debtors’ bank accounts, and the cost of obtaining and enforcing a cross-border account preservation order is often prohibitive.

“The EAPO proposal should be welcomed by all parties to the transportation chain operating throughout Europe. It allows money to stay where it is until a court has taken a decision on the repayment of funds. It will introduce uniformity to the account preservation orders which creditors can obtain, irrespective of the country in which the competent court issuing the order is located. Creditors will be allowed access to information concerning the whereabouts of debtors’ bank accounts, and costs and delays involved in obtaining and enforcing account preservation orders will be reduced.”

The EAPO proposal will not replace or change existing national systems for arresting debtors’ assets. Rather, it will constitute an alternative European procedure for creditors, and is essentially protective in nature. It will become law following adoption by the European Parliament and by EU member states. A final agreement is expected soon.

AKD’s trade and transport team provides a full range of legal services. AKD is a full-service firm with over 250 lawyers. www.akd.nl

Russian coal hindered on its way to Europe

Takeaways from a Staggering Year in Container Shipping...