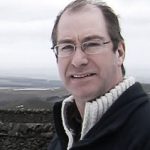 The Polar Code has been under development at the IMO for a considerable length of time but will reach fruition during 2014 after which it will be offered to the various nations to ratify. The Code seeks to provide a common reference for those ship owners, designers and – more importantly, perhaps – the ship users who will be operating inside the Arctic or Antarctic regions. The South Polar Region is already covered for a host of aspects by the Antarctic Treaty which has now been in force for many years.

The timing is therefore ideal for next month’s 2nd Arctic Shipping Technology Conference with its theme ‘Technical challenges of profit with environmental safety’ being held at One Wimpole Street, London (4-5 February) and organised by the Institute of Marine Engineering, Science and Technology (IMarEST).

The two day conference sees Colin Manson FIMarEST, Director, Manson Oceanographic Consultancy delivering a keynote address on the opening morning on ‘Regulation and the Polar Code: The impact the Code will have on Engineering’.

“The Code itself will be brought into the international framework as an adjunct to those statutory instruments which already exist – such as the SOLAS or MARPOL regulations – and will have an immediate effect on all those operating in the Polar Regions, ” he explains.

“There can be little doubt that the Arctic ice is melting more quickly and more extensively than ever before in recorded history; this in turn is opening up vast areas for development which have been either too costly, too remote or simply too cold in the past. The Northern Sea Route saw a ten-fold increase in the number of vessels using it and this trend will continue as the ice retreats further in the summer and returns only grudgingly in the winter.

“That being so, the region will remain isolated, hostile and dangerous for many years and it is these aspects that the Polar Code seeks to address. Ships need to be designed and operated to take this into account even as the conditions become more benign. The timescales, though, are part of what drives the need for the Code to come into force; most of vessels designed today will likely still be operating when the majority of the arctic is ice free in summer and the Northern Sea Route remains viable to non-strengthened vessels for perhaps three or four months.

Hinting at what he will be covering in his keynote address, Colin Manson explains: “The Code addresses the totality of operating in the polar regions – navigation, communications, the environment and so forth but what is of particular interest to the conference are those aspects which have a direct bearing on the engineering principles, techniques and requirements for current and future vessels.

“Scantlings and structures, life saving equipment, stability, machinery, water and weather-tight integrity – all these are addressed within the Code and will have an impact on the engineering within a ship. Some aspects will not be subject to ‘grandfathering’ – which is the agreement that new regulations will not be enforced on existing vessels – although most will. Health and safety, fire protection and machinery, too will be subject to additional regulations which will be enforced by the various Authorities across the globe.

“The major element within the Code is the requirement for all vessels operating within or transiting through the polar regions to hold a ‘Polar Certificate’ that will define the operational limitations of the vessel, the safe operating conditions and the procedures to be followed should the vessel either stray outside or be in danger of straying outside those limitations.”

Following the keynote addresses, the first session of the day looks at ship design – ‘Green ship for the Arctic’; EEDI and ice-going vessels – the key questions; ‘Complex approach to ice going vessels’ design: Ice performance, ice belt strength, manoeuvrability in ice, propulsions system’; and ‘Latest technology developments for ice transiting vessels’. This is followed by a session on Winterisation looking at ‘Reducing the impact of icing on operations and costs’; ‘Minimising icing by the efficient use of power and environmentally friendly methods’; Using vibration – a new de-icing method for LNG and other pipes’; and the ‘Coatings Technology Forum’.

Day two begins with a session on Arctic Operations and with a presentation by Simon Culshaw FIMarEST, Director, CTS Marine Consultants Limited on ‘Sub-arctic environmental impact study and route optimisation through remote sensing’; and then continues with ‘Crew training and risk management for Arctic operations’; ‘Life saving equipment – latest advances’; and ‘Spotlight on LNG – technical challenges of the NSR’.

The final session of the two day conference covers the all-important issue of Propulsion. Oskar Levander, VP Innovation, Engineering & Technology – Marine, Rolls-Royce will address ‘Propulsion solutions for ice operations’; which will be followed by ‘Podded propulsion in ice’; ‘Two-stroke main engines for ice classed ships’; ‘Finnish-Swedish Ice Class Rules for azimuthing thrusters’; and finally, under the  topic heading ‘Ice Class approval and real time measurement’ there will be a case study on MV Scarven.

The Gordon Hodge Memorial Lecture
The first day of the Arctic Shipping Technology Conference will end with the Gordon Hodge Memorial Lecture, presented by Cdr Paddy Parvin, Principal Inspector Operational Reactors at Defence Nuclear Safety Regulator and, until recently, Nuclear Propulsion Operating Standards Regulator (NPOS). His lecture is entitled ‘What does it take to be a Maritime Professional’  and it will be open to conference delegates and non-delegates alike. The conference and lecture reception will follow providing an opportunity for networking.

Fred. Olsen Production to be delisted from Oslo Børs