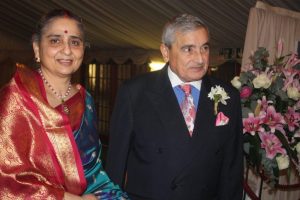 London always kicks off the annual calendar in the shipping market with the glorious Winter BBQ hosted by Ravi Mehrotra, executive chairman of Foresight Ltd, by Mrs Manju Mehrotra, and by company directors and staff. The 2014 event on January 17 proved especially piquant as it celebrated 30 years of Foresight Group, founded by Mr Mehrotra on a very modest basis, but which today manages a wide range of businesses from shipping, offshore drilling and oil exploration, to investments in hospitality and fashion footwear. 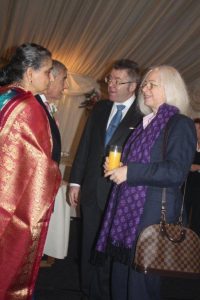 Friendly words for all the guests

As our Allaboutshipping editor John Faraclas likes to say of such great events, “Who wasn’t there!”

Well, there were a very few absences, notably the popular Capt Flavian D’Souza, who as executive director of Foresight group services was away on business relating to oil drilling and shipping projects, and our own Allaboutshipping editor, who had matters to attend to in that other repository of shipping business, Greece. 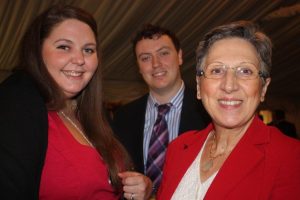 Scores of executives from the maritime world queued to be formally greeted by Mr and Mrs Mehrotra, the crowd rapidly growing to fill a tastefully decorated huge marquee at the Mehrotra family home, on a mild, full-moon evening.

Called to order from their high decibel salutations and their chat over latest industry topics, guests were reminded of the remarkable story of the creation of Foresight Shipping.

First speaker was Paul Willcox, chairman of Eggar Forrester shipbroking group, who recounted how he first met Mr Mehrotra, on an aeroplane at a time when the shipping chief was running the Irano-Hind joint venture. With the coming to power of Ayatollah Khomeini, Mr Mehrotra was invited to be adviser to the government of Iran on all shipping matters. Having worked in Iran for a decade, he eventually decided to move to London and with his “famed tenacity” as Mr Willcox termed it, set about building a brand new business.  Mr Willcox revealed that having settled in London, Mr Mehrotra was shown a list of ‘shell’ companies that might form a suitable basis to start his trading there, and appropriately chose one called Foresight. 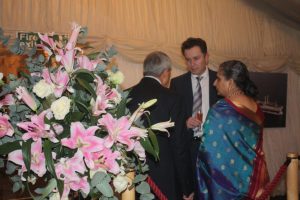 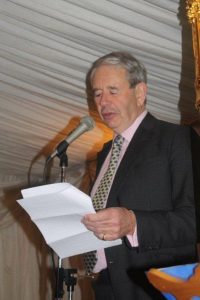 Richard Bright, a founding partner of shipbrokers Bright Cook & Co, took up the story.  Mr Bright met Mr Mehrotra in Tehran in 1982 after being sent out on behalf of the broking company then known as Seascope to increase business with Iran.

From his London base, Mr Mehrotra saw his fortunes rise when Foresight was awarded the contract to manage and supervise for Iran a tanker shuttle service designed to avoid the Exocet missiles fired by its then enemy Iraq. He subsequently diversified into other areas of shipping and industry, and was appointed CBE (Commander of the Order of the British Empire) for his contributions to international shipping. 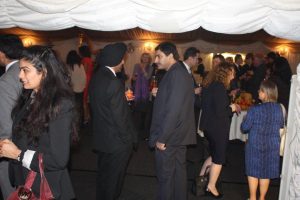 Catching up with the news.

Prudent expansions and disposals at opportune times have helped Foresight negotiate some severe cycles, especially the 2007 crunch, without undue harm.

Speakers at the event, and of course Mr Mehrotra himself, praised Mrs Mehrotra for her constant support in his ventures. Among other initiatives, she helped establish a chain of restaurants in China.

There were greetings from among others Dr Virander Paul, deputy high commissioner of India to the UK, and the chairman of the Europe India Chamber of Commerce Geoffrey Van Orden MEP. 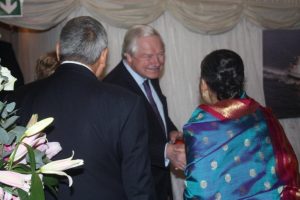 Other key people who have given many years support to Foresight include Philippa Wright, executive director, responsible for legal administration and public relations; and  one of the best known names in shipping, Jim Davis, as non-executive director, whose other roles include being chairman of the International Maritime Industries Forum. 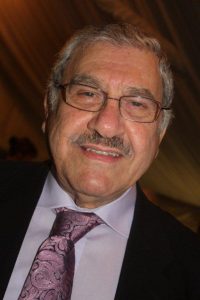 Guests at this year’s party included many leading lights from shipowning, registries, classification societies, shipbroking, finance, insurance, law, diplomacy and the press. They enjoyed as always a sumptuous buffet of Nepalese-influenced cuisine. Waiters at one lengthy table ladled out an array ofvegetarian options, and there was a separate kitchen for those whose tastes were emphatically non-veg. Not to mention splendid hors d’oeuvres, dips, dessert options and mountains of fruit! 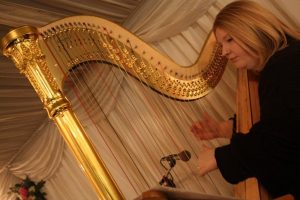