Global Risks – the next ten years 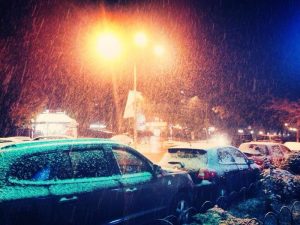 Wednesday 22 Jan 2014 – Income disparity, extreme weather and the balkanisation of the internet are among the global risks on the agenda at Davos this year. (source: Lloyd’s of London )

The risk most likely to cause an impact on a global scale in the next decade is the widening gulf between the incomes of the richest and poorest citizens, according to the World Economic Forum’s Global Risks 2014 report. The report, which draws on the survey responses of around 700 experts, is timed to coincide with the meeting of world leaders in Davos.

After income disparity, the World Economic Forum’s report cites extreme weather events as the global risk next most likely to cause systemic shock on a global scale. This is followed by unemployment and under employment, climate change and cyber attacks.

As well as the most likely global risks, the WEF report also identifies the most potentially impactful concerns. This bleak list is headed by fiscal crises followed by climate change and water crises.

Speaking at the report’s launch in London, Swiss Re’s chief risk officer David Cole highlighted the societal problems being stored up by the lost generation of unemployed young people and the rising cost of education. “Many young people today face an uphill battle. As a result of the financial crisis and globalisation, the younger generation in the mature markets struggle with ever fewer job opportunities and the need to support an ageing population, ” he said. “In the emerging markets there are more jobs to be had but the workforce does not yet possess the broad based skill sets needed to satisfy demand.”

Increasing reliance on the internet and the explosive growth in devices that are connected to it has intensified the risk of massive systemic failure or “cybergeddon”, according to the report. At the same time, revelations about government surveillance have weakened the international community’s willingness to cooperate on building governance models – potentially resulting in the balkanisation of the internet.

Axel Lehmann, chief risk officer of Zurich Insurance Group warned that trust in the internet is disappearing as a result of data misuse, hacking and privacy breaches. “A fragmentation of the internet itself is the wrong way to solve this issue, as it would destroy the benefits the web provides to all of us. Rather than building walled gardens, it is time to act by setting up security standards and regaining trust.”

The report’s authors argue that while the failure of critical online infrastructure is a systemic risk that could impact global growth, so is a large-scale loss of trust in the Internet. “Stakeholders may need to move beyond traditional solutions, with fresher ideas that can scale and move away from a national security mindset, ” the report suggests.

John Dzrik, president of global risk and specialties at Lloyd’s broker Marsh warned on the potential dangers posed by a more fractured geopolitical environment, especially around financial services, healthcare and energy. “There’s too much emphasis by policymakers on short term problems to do with fiscal weakness and social unrest with countries acting only in their self-interest, ” he said. “Global governance is weakening and with it the capacity to solve problems like climate change and cyber risk.”

One solution to weakening global governance suggested by Dzrik is to strengthen multilateral institutions and build more creative public/private partnerships and non-governmental organisations.

Speaking to lloyds.com, Dzrik said the insurance industry has an important role in finding capacity to transfer some of the risks facing the world – such as with natural catastrophe cover and for cyber risk.

There could be an even bigger role for insurers in partnering with the banking sector to provide cover on financial risks, Dzrik added. “For example, insurers might be able to provide cover for certain risks that arise in infrastructure investment and enable banks to use their capital more effectively. A similar approach might be possible around agriculture risks.”