Yet another International honor for HELMEPA

The Hellenic Marine Environment Protection Association-HELMEPA is delighted to announce that the Association has been nominated to receive the prestigious Thor Heyerdahl International Maritime Environment Award 2014. The prize recognizes candidates from within the shipping industry that have made an outstanding contribution towards the environment.

The Award has been named for the late Norwegian adventurer and explorer, Thor Heyerdahl (1914-2002), who made first-hand observations of marine pollution during various expeditions. His reports to the United Nations about the state of the marine environment raised the awareness of the issue of pollution throughout the International maritime community and clearly focused a spotlight onto it. Indeed among his work, is included an Academy-Award-nominated documentary, Kon-Tiki, that he compiled telling of his journey across the Pacific aboard a papyrus raft.

In collaboration with the Norwegian Shipowners’ Association, the Awards were first launched in 2001, with just six recipients of the prize since then. 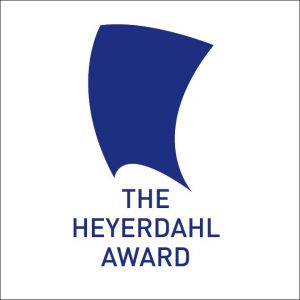 A specifically-appointed Expert Committee, comprised of eight members, representing international and Norwegian maritime bodies, will assess each nominee and pass down their final judgement for who will be the recipient of this year’s award.

HELMEPA is very proud to be distinguished among such reputable company. The award will be given out during a special ceremony in Oslo on 31 March, 2014.