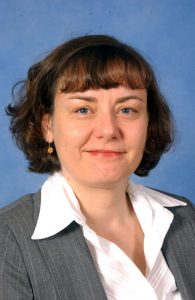 International accountant and shipping adviser Moore Stephens has made representations to Her Majesty’s Revenue & Customs (HMRC) about changing the way in which the written-down values of vessels are calculated under the UK tonnage tax rules, which it considers are not realistic in terms of their interaction with the capital allowances regime.

Moore Stephens tax partner Sue Bill says, “Where a company exits tonnage tax other than on the expiry of an election, and still owns ships, unless a ship falls within the definition of a ‘long-life asset’, its cost for capital allowances purposes is written down broadly as if the company had claimed capital allowances at 25 per cent on a reducing balance basis for each year that it owned the ship.

“The company’s ships are therefore likely to have relatively low tax written-down values which will bear no relation to the capital allowances that would have been claimed if the company had not been in tonnage tax for the relevant period. As a result, the company is likely to exit tonnage tax with large deferred tax liabilities. This will apply to companies that cease to satisfy such requirements for the tonnage tax regime as the strategic and commercial management tests.”

Moore Stephens considers that the tax written-down value should be calculated in a different way. Sue Bill explains, “Other possible methods are to write down the cost of the vessel to market value, or for the cost of the vessel to be depreciated on a time-apportionment basis, bearing in mind its expected economic life when new. Another possible but less beneficial option, although one which is likely to be more acceptable to HMRC, is to adjust the existing rules so that the cost is written down in line with the normal rates for plant and machinery capital allowances, which have reduced from 25 per cent to 18 per cent.”

*Moore Stephens LLP is noted for a number of industry specialisations and is widely acknowledged as a leading shipping and insurance adviser. Moore Stephens LLP is a member firm of Moore Stephens International Limited, one of the world’s leading accounting and consulting associations, with 667 offices of independent member firms in 105 countries, employing 27, 081 people and generating revenues in 2013 of $2.7 billion.

The US issues sanctions in response to developments in Ukraine