The icebreaker Arctic, pictured in 2005

The Arctic challenge – breaking the ice to open up mining in the High North,  James Brewer

Transport infrastructure will continue to play a critical role in establishing new mining ventures in the Arctic region, it was made clear at a day-long conference in London.

UK Trade and Investment invited mining experts and government interests to the capital from the Nordic-Baltic states and North America for the March 18 2014 event at the historic Gibson Hall in the City.

Designated The Arctic Challenge – Mining in the High North, the conference reflected the growing interest in the potential for energy, mineral exploitation and new trade routes in circumpolar regions.

One of the guest speakers, mining expert John McConnell from Canada, neatly summed up the scenario by citing projects that have successfully got off the ground while warning that all but the best-laid plans could be derailed by an unexpected knock-out punch. 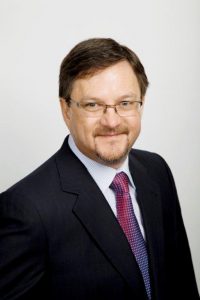 Mr McConnell is president and chief executive of Victoria Gold Corp (TSX-V: VIT) which is focused on Yukon.

He was adamant that mine development in the north can be a reality, as shown by the success of various operations over the past 40 years. He referred to the first mine in the Arctic, the underground zinc, lead and silver Nanisivik Mine on Baffin Island, opened in 1970 and closed in 2002. It was served by a port, dock and airport.

Another pioneering enterprise was the Polaris Mine, 1981-2002, on Little Cornwallis Island, North West Territories, which produced 21bn tonnes of lead and zinc ore, valued at $15bn.

Those two mines were served by the Arctic, a 28, 418 dwt ice-breaking ship designed to carry oil and ore, built 1978 at St Catherines, Ontario. The ship, which was given a strengthened bow in 1985-86, now serves Raglan Mine in northern Quebec, and Voisey Bay mine, Labrador. Owned by the Fednav group, the ice-breaker is powerful enough to navigate ice-covered waters unescorted. It can do 3 to 4 knots in 0.6 m ice.

The Arctic was one of the advances that opened the North, together with a variety of air services and winter roads, notably the world’s longest heavy-haul ice road which runs 600 km from Tibbitt Lake (Yellowknife) to Jericho Diamond Mine. The highway is 85-87% built over frozen lakes and has an eight to 10 week season.

Mr McConnell spoke too of Snap Lake in the North West Territories, a mine opened in 2008 with an expected 20-plus year life, as the first De Beers diamond mine outside Africa.

The Victoria Gold chief has had 35 years in the mining industry, which has endowed him with extensive knowledge of industrial operations in the Arctic.

“What have I learned?” he asked rhetorically.

The main lessons were to respect the weather: temperatures at minus 30C are tough to work in; at minus 40C, metal can snap. Use the cold to your advantage by means of winter roads, and recognising that ice can be a work platform, he counselled.

Plan, plan, plan, he advised, quoting Dwight Eisenhower as saying: “In preparing for battle I have always found that plans are useless, but planning is indispensable.” He rehearsed another quote, from Mike Tyson, former heavyweight world boxing champion: “Everybody has a plan until they get punched in the face, ”

Mr McConnell offered his own quote in relation to the infamous Murphy’s Law that states “what can go wrong, will go wrong.”  He said: “From my experience, Murphy is alive and well and spends much of his time north of 60 degrees [the 60th parallel].”

Victoria Gold’s Eagle Gold Mine in the sub-Arctic in central Yukon is the largest gold reserve in the history of the federal territory. Proven and probable gold reserve totals 2.3m ounces, and the project is said to be “shovel ready pending financing, ” and could open in 2016 with an open-pit mine life of seven to 10 years.

At a briefing the day after the conference in London for investors, Mr McConnell said that his company’s flagship asset was permitted for construction and it was expected that a water licence would be granted in the first quarter of 2015. A feasibility study in April 2012 estimated that Can$430m would be needed for construction and working capital. Because of the state of the markets, said Mr McConnell, “we have accepted that we won’t be able to finance Eagle this year [2014], so we shall start construction a year from now.”

The debt-free company has around Can$27m in cash and is open to consider merger or acquisition opportunities, of a type which would bring near-term production and consolidation in Yukon. “We have a lot of incoming calls, but we are being very picky, ” Mr McConnell told the investor briefing.

Mr McConnell said: “Most people think that Yukon is isolation and lack of infrastructure, but we enjoy very good infrastructure. Mining has been going on in Yukon for more than 100 years, so people understand it, but more importantly they understand the economic benefit.”

He said that the Eagle project had year-round road access, and commercial flights to the nearby Mayo airstrip. Of his operating area, Mr McConnell said: “People think you get a lot of snow. The city of Whitehorse [capital of Yukon] gets the same annual precipitation as Phoenix, Arizona. We get less than a metre of snow at the project site. It gets cold, minus 30 in January and February, but we can deal with that.”

The London conference focused on the long term opportunities for mining in the Arctic for companies involved in exploration and junior mining, financial services and professional services, construction and infrastructure, mining equipment and machinery.

Presentations included the UK Government’s Arctic Policy Framework, known as Adapting To Change. The framework sets out the detail of the UK’s interests in the Arctic, and how the UK will work with Arctic states and the wider international community. Among British company interests in this field are insurance, exploration, construction, and infrastructure consultancy risk management.

And then Posidon created woman…