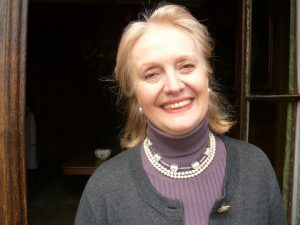 Anthony and Rosa Maria Letts have sent us this letter and we publish same for our viewers’ facilitation:

I attach a revised Tour to Venice this October by Marie Ghisi. We have taken into consideration the comments that we received about the first addition of the Tour distributed in March. Principally the comments were that the pricing was too high. For this revised Tour the price is as follows: £1825 for a couple in a twin or double room and a single supplement of a £150. If you wish to go ahead and book this Tour please let us know as soon as possible as hotel space in Venice in October is being rapidly booked up.
Proposed Tours for autumn 2014 and 2015
At this stage these are only proposals and will be finalised depending on the feedback you give us. To help us in this we ask you to let us have your comments on any of the Tours that you would like to join. As a thank you to those who take the trouble we will give a discount of £100 on any of the Tours that are booked and included in our final presentation of the chosen Tours.
Thank you for your help.
Anthony and Rosa Maria Letts
Dott. Rosa Maria Letts,  Director
Accademia Italiana Club/Artstur
55 Exhibition Road
London SW7 2PN
Tel: 020 7591 0312
Mob: 0772 0812 183
rosamaria.letts@gmail.com
artstur@gmail.com
www.artstur.com
ItalyVenice
0 comment
0
FacebookTwitterLinkedinEmail