Legal and political considerations in the aftermath of marine casualties 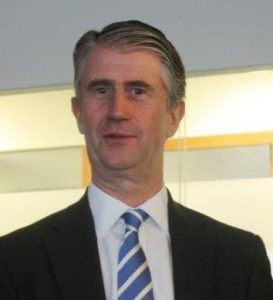 The potential for runaway costs arising from major casualties at sea has been highlighted by one of the industry’s top marine insurers, in an address to the International Maritime Industries Forum.

Lars Rhodin, managing director of The Swedish Club, was speaking on the theme “Legal and political considerations in the aftermath of marine casualties.”

He told the IMIF gathering, hosted on April 16 2014 by law firm Watson Farley & Williams, that factors beyond the immediate control of those involved could push up substantially the costs of dealing with losses.

This happened in two instances outlined by Mr Rhodin: the grounding and break-up of the containership Rena, and the capsizing of the cruise ship Costa Concordia.

He made it clear that a portion of the huge outlay needed in the wake of these casualties might have been unnecessary had other counsels prevailed: in the case of the Rena, had better response resources been available locally, and in regard to the Costa Concordia, had the ship been cut up rather than removed in one piece. The Costa Concordia hit rocks off the Italian island of Giglio on the night of Jan 12, 2012.

Mr Rhodin said that according to some experts, the Italian government’s decision to require the Costa Concordia to be lifted whole had doubled removal expenses: “We are talking about big money…  What would that money have done for society in terms of building schools and hospitals?”

The operator of the Rena, Costamare, has had tonnage entered with the Swedish Club for many years. When the ship, carrying 1, 368 containers, ran aground on a reef in the Bay of Plenty on her way to the port of Tauranga, it presented New Zealand with its first major oil spill emergency.

Little response kit was available in New Zealand and Australia to tackle the disaster, and equipment had to be brought from Singapore. Severe weather compounded the difficulties, and the ship broke in two on January 7 2012, releasing debris and oil sheen.

Said Mr Rhodin of New Zealand: “It turned out that there was no national response emergency plan, and the authorities were criticised for not having any equipment at all. And they had not updated their own liability law in line with modern shipping maritime conventions. So we had major legal problems in this case. The Bunker Convention would have been very suitable, but had not passed into law in New Zealand.”

He spoke of the “blame culture, ” adding: “When politicians have not done what they should do, they directed everything to the’ shipowner’, so this was headline news except when there was championship rugby and New Zealand won.” The mainstream media categorised the charterers, MSC, as the owners, and it was not easy to convey the accurate position.

Mr Rhodin was disappointed by the attitude of the salvage industry in general: “it is all about quarterly revenue and earnings. The incentives you had in the old days are not there anymore.”

During the Rena operation, an Auckland-based marine fuel tanker Awanuia had to be chartered at an exorbitant rate of $140, 000 a day to pump out bunkers, and despite that “we had more than 50% down time.”

Had the Rena been a bigger ship, say of 8, 000 teu, it would have taken two years to remove the containers: a daunting prospect.

Mr Rhodin cited a separate case in which a ship with engine room trouble had sounded the alert while passing the Aleutian Islands on the way to China. There was no salvage capacity nearby. “There was a window of opportunity of about 30 minutes – they took the crew off but there was a big, freak wave and six people died. But people in the Unified Command were more concerned about the crested auklet [a small Pacific seabird] than the lost crew members. It turns out later it is all about money… we had to negotiate ‘parking fees’ with the government of Alaska.”

IMIF chairman Jim Davis said that Mr Rhodin had set out how difficult it can be to deal with major casualties, with the parties sometimes put in an impossible position in deciding what should be the priorities. Mr Davis cautioned that having resources on standby for emergencies would involve a lot of idle time.

During questions at the event, there was a startling intervention from a member of the audience who claimed that hull underwriters had considered declining to pay the Costa Concordia claim because the ship had deviated from her route. “That claim could have been avoided, and why has the P&I side to do what the Italians want? It is going to cost $2bn at the end of the day, ” he said.

In a sombre co-incidence, as the meeting convened, first news was coming in of another dreadful loss, that of the South Korean ferry, the Sewol, with a death toll that would rise to more than 240 people, many of them children.

The Sewol disaster was not discussed formally at this particular IMIF meeting, although it is certain that it will be one of the most talked about casualties for a long time to come.

In an unprecedented repercussion for a peacetime casualty, the prime minister of South Korea,  Chung Hong-won, has since offered his resignation, accepting responsibility for the  allegedly poor government response to the sinking; and soon afterwards Chon Young-kee, chairman of the Korean Register of Shipping, which classed the vessel, followed suit.

Tradewinds reported that the 6, 586 gt Sewol  has liability cover from the Haewoon coastal shipping hull and P&I scheme, run by a domestic shipping association. The publication said that cover totals up to $300m per incident, with passenger insurance limited to about $350, 000 per person. The cover is much lower than that available from members of the International Group of P&I Clubs and leading fixed premium providers.

Ann Waite, set to become secretary of the Association of Average Adjusters…