Ann Waite, set to become secretary of the Association of Average Adjusters… 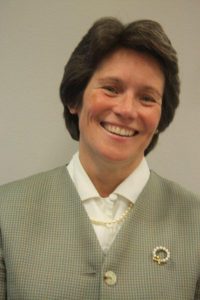 Ann Waite, set to become secretary of the Association of Average Adjusters, insists that personal communication is key in today’s marine market,  By James Brewer

Ann Waite, one of the leading professionals in international marine insurance, is to become secretary of the UK Association of Average Adjusters, as from the organisation’s annual meeting on May 8 2014. She takes on this important post just months after launching her independent consultancy company.

She succeeds David Taylor, who has served the Association for many years. The eminent and esteemed Mr Taylor has at the same time retired as special advisor to the International Underwriting Association.

Ms Waite brings her expertise to the association when it is enjoying increasing participation from marine practitioners internationally, including encouragingly a cadre of young aspirants,

In the claims field, Ms Waite among other successes led the efficient settlement of the costly hull and machinery loss arising from the Costa Concordia casualty. At the time, she was head of the hull team at Aon Marine, which meant that she was called on to deal with the upshot of the largest loss to date suffered by the marine market.

Ms Waite and her colleagues worked almost round the clock to settle the claim in what was considered the very expeditious time of 104 days.

Across the wider insurance sector, she is adamant that people in the market must, in the sometimes faceless electronic era, place the highest value on personal professional contact in developing channels to serve clients more fully and productively. It is a message she has taken to key forums in the market.

Ms Waite took the bold step in 2013 of setting up her own company, AW Marine, after 30 years of employment within marine insurance. A good number of clients are already seeking the assistance of this new marine claims consultancy.

She decided to go independent in the firm belief that the combination of skills she had acquired, together with her wide network of international contacts, could be useful to policyholders across the marine spectrum and to insurance providers in tackling the kind of problems they encounter.

As an independent, she says, she is able to offer unbiased advice and prioritise her attention to specific needs, variously with advice, direct discussions with parties involved in a case, and serving as a mediator.

In her new business, Ms Waite is ready to ‘parachute’ into the handling of any casualty or other emergency situation where companies’ in-house experience may be inadequate or resources stretched.

Before serving Aon, where she was head of claims,   and managed the hull placing area, , Ms Waite led the global marine claims practice at Benfield Corporate Risk, before it was merged into Aon. She had moved to Benfield after being chief operating officer and claims director of Dex, a hull and machinery insurer managed by Thomas Miller & Co and of which she was a founder member. Earlier she was in the broking sector, with Willis and later CE Heath.

Ms Waite takes up the secretaryship of the Average Adjusters Association – which has as its main mission to promote and uphold professional standards – in a growth stage following a period when some feared for the very survival of the speciality and the association, which was founded in 1869. As a result of the latest session of the Association’s rigorous exams in October 2013, the number of Associates increased by 12 to a total of 104, which the Association chairman for 2012-2014 Keith Jones described as a landmark achievement.

Many of the Associates do not take all the modules required for the ‘gold standard’ title of Fellow of the Association, but they may take further modules which suit their responsibilities at work.

Mr Jones in his latest newsletter praised Mr Taylor for his “invaluable wisdom, knowledge, advice and dedication” over many years and trusted that as an Honorary Fellow, Mr Taylor would continue to make his advice available.

Among her many achievements, Ann Waite is respected as a founder of the International Marine Claims Conference, which attracts some 200 delegates to a meeting in Dublin each year.  The rationale for the conference is that claims adjusters need to communicate freely with each other, and to maintain the highest professional standards in handling marine losses. Until 2004 no forum or platform existed for such a dialogue.

The inaugural International Marine Claims Conference, organised by Charlotte Warr (now of Sarnia Training), Ann Waite and Philip Cornick, brought claims handlers, adjusters, marine surveyors and lawyers from many parts of the world together to learn about the claims philosophies of various centres for marine insurance. Initially, the Conference concentrated on hull and machinery issues and practices, and later expanded to cover P&I topics,

Since 2008 the conference organisation has been carried out by the original duo of Ann Waite and Charlotte Warr. An innovation is the creation of a sponsored place annually for an under-35 delegate who wishes to develop their knowledge fo the market place and topics of the day.

The theme for the 2014 conference, from September 24 to 26 and to be chaired by Keith Jones, will be Salvage: from Scopic (Special  Compensation P&I Clause used in conjunction with Lloyd’s Open Form salvage agreement)to Wreck Removal.

Ms Waite warns against the tendency for some people in the market to overly rely on modern technology alone to transact at the expense of personal contact.

She said:  “In these days of electronic communication, there are an awful lot of people losing sight of the value of personal relationships. When you are dealing with a major or complex casualty, it is hugely important to be able to know personally the parties involved and to have the right conversations and empathy with the relevant people. You cannot do it in the heat of the crisis: it needs an investment of time and patience. I keep stressing to younger people in the market: go out to meet people and forge these relationships, because only then will you be able to bring everything together to add value to what you do. We have to become ‘more user- friendly.’”

Illustrating the need to build further on levels of professionalism and business relationships through forums for discussion and education, Ms Waite said: “Last year at the Claims Conference in Dublin, we had a session called Lost in Translation, because it is absolutely the case that a lot of people do not appreciate that the same phrase said by someone in London as compared to a person from America, Japan or elsewhere can get the most diverse reactions.

“It all ties in with the logic that led to the founding of IMCC. Charlotte Warr was underwriting at that period and said she did not know how to contact any of her co- insurers.. Thus, the theme for the first year of the conference was that communication is key – and a decade later, we are still stressing the importance of that message.”

Among services offered by AW Marine are assistance and advice on hull and machinery insurance coverage to ensure that the needs of shipowners, financiers and others are met. This service is usually undertaken in conjunction with an average adjuster to ensure that practical claims aspects are reviewed.

In the light of her experience of being involved in the formation of new businesses (Dex and Benfield Corporate Risk), Ms Waite is keen to help in designing new insurance products, given that many organisations are striving to develop products to give them the edge over their competitors.

Legal and political considerations in the aftermath of marine casualties