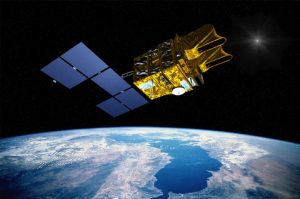 Dublin, Ireland, May 7th 2014 – SPOT LLC, a wholly owned subsidiary of Globalstar Inc. and the leader in satellite messaging and emergency notification technologies, today announced that its SPOT family of products have been used to initiate 3, 000 lifesaving rescues globally. These include more than 110 rescues in Europe, Middle East and Africa – ranging from a mountain rescue in Greenland, support for adventure racers in Western Sahara, to medical emergencies in Afghanistan. With hundreds of thousands of SPOT units in service, SPOT is being used every day to initiate a rescue, with most EMEA rescues occuring in France, Norway, Spain and the UK.

SPOT satellite devices provide an affordable and vital line of communication with friends, family and emergency assistance on any adventure, from sailing to hiking, and from skiing to paragliding. The latest GPS messenger, the SPOT Gen3TM, was launched in EMEA in November 2013. The SPOT App was also introduced earlier this year, allowing users to view their SPOT messages, show their track points and monitor their assets via their iOS and Android smartphone or tablet.

In February 2014, Manfred Tennstedt was sailing with two friends across the Atlantic from the Canary Islands to Guadeloupe in a 39-foot sailing boat, Bribon II, when the boat’s rudder broke. After assessing the situation, Manfred pressed the emergency button on his SPOT Gen3 to alert emergency services via the GEOS International Emergency Response Coordination Centre (IERCC). A plane was sent out from Las Palmas in the Canary Islands to establish radio contact with the boat and determine its situation.

Due to the distance, emergency services were not able to tow the boat back to the coastline so the crew needed to be evacuated by rescue helicopter to Tenerife. Five hours after the initial distress signal, all three crew were safely back on land.

Tennstedt commented, “We had decided to take a SPOT so that family and friends could track our every move on the trip, not intending to use it for a rescue. As it was, we were very happy with the way things turned out. Our friends and family back in England and Austria were kept apprised of every step of the rescue and felt reassured about our wellbeing.”

Another European SPOT Gen3 user was sailing a catamaran with two crew in the Caribbean in December 2013 when a storm damaged the mast, sails and VHF antenna, disabling the radio. Although thankfully nobody was injured, it was impossible to navigate the boat. The crew pressed the SOS button on their SPOT Messenger to alert emergency services via the IERCC. Also, they used their satellite phone to call the Maritime Rescue Co-ordination Centre (MRCC) in Germany. The coastguard despatched a rescue boat team and helped the crew cut the rigging. IERCC kept in constant communication with the sailor’s son back in Germany. Using the SPOT website, he and the MRCC were able to track everyone’s progress back into harbour.

Steve Wood, Chairman of Mapyx, a UK-based SPOT value added reseller, knows all too well how important the SPOT family of products are to his customers. Wood commented: “Following a number of serious floods and forest fires, we are seeing a surge of interest in Globalstar’s satellite tracking technology from emergency services in addition to the growing demand from the education sector for students on the Duke of Edinburgh award scheme. By using SPOT Gen3 and Mapyx systems, search and rescue organisations can understand where all their assets are and speed up rescues by ensuring the right people are in the right place at the right time.”

The 3, 000th rescue recently occurred in Colorado. Two avid dirt bikers were outside of mobile phone reception when an accident occurred. One of the riders, Kevin, activated the SOS button on his SPOT Satellite GPS MessengerTM. The GEOS IERCC was alerted and coordinated the rescue with local law enforcement. “SPOT worked really well. Without it, getting out would have been more difficult and time consuming and who knows what could have happened in that time. There were a lot of different variables involved, ” said Kevin.

“Life saving rescues around the globe are now a daily occurrence for our SPOT products. SPOT is an absolute must for the outdoor recreation market and aviation, as well as an essential government and enterprise solution, ” said Jay Monroe, CEO and Chairman of Globalstar. “With 3, 000 confirmed rescues, saving lives continuously drives us to innovate, creating affordable satellite communications solutions that reach a market well beyond traditional mobile satellite users, including millions of people globally. We would like to thank GEOS and the search and rescue teams across the world that put it on the line every day.”

About SPOT
SPOT LLC, a subsidiary of Globalstar, Inc., provides affordable satellite communication and tracking devices for recreational use. SPOT Global Phone uses the Globalstar network to transmit two-way voice and data communications. SPOT messaging devices use both the GPS satellite network and the Globalstar network to transmit text messages and GPS coordinates. Since 2007, SPOT has provided peace of mind by allowing customers to remain in contact completely independent of cellular coverage. For more information, visit FindMeSPOT.com.

New HSH Nordbank Supervisory Board to be elected