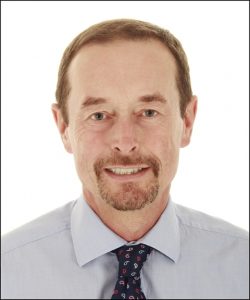 The highly combustible and radically shifting crisis in the Ukraine has resulted in a variety of responses from the International Community, including the imposition of sanctions by the USA and the EU.  Geoffrey Brunton of Waterson Hicks, writes.

On 6 March 2014 the President issued Executive Order 13660.  This is aimed at persons or entities who violate the sovereignty and territorial integrity of the Ukraine or who misappropriate its assets. This Executive Order authorised the blocking (freezing) of assets and property of designated persons (although none were designated at that stage), which property/assets are or come within the US or under the control of a US person or entity.  Importantly, the prohibition covers the making or receipt of any contribution or provision of funds, goods or services by, to or for the benefit of any persons whose property and interests are blocked under the Order.  A number of individuals have subsequently been designated.

On 28 April 2014 the list of designated parties subject to Executive Order 13661 was significantly expanded.

On 20 March 2014 the President issued Executive Order 13662 “Blocking Property of Additional Persons Contributing to the Situation in Ukraine”.  This authorises the blocking of property of parties designated (i) to operate in such sections of the Russian economy as may be determined, such as Financial Services, Energy, Metals, Mining, Engineering and Defence; or (ii) to have assisted or provided support or goods or services to or in support of any party whose property/interests are blocked under the Order; or (iii) which are owned or controlled by or have directly or indirectly acted for any such party.

Thus far, 44 individuals and 19 entities have been determined to be Specially Designated Nationals under the Executive Orders. These include various banks, and Transoil, a very substantial carrier of oil and oil products in Russia.

The “Support for the Sovereignty, Integrity, Democracy and Economic Stability of Ukraine Act of 2014” became law on 3 April 2014.  This authorised sanctions to be imposed on persons responsible for, amongst other things, violence or gross human rights abuses or corruption in the Ukraine.

The sanctions regime has the most implications for US interests as they may not conduct any business with any Specially Designated National and so there is heavy onus on such interests to determine who owns or controls their proposed counterparties.

For non-US Shipping entities there is a risk that carriage of goods for an SDN could be found to constitute material assistance or the provision of services for such party and they could in consequence have any US assets frozen.  This could include US Dollar payments being made to or by such interest, as such payments are generally routed through the US.

On 6 March 2004 EU Regulation 208/2014 came into force.  This imposes restrictive measures against those designated to be responsible for the misappropriation of Ukraine State funds and for human rights violations there, and also against their associates.  The list of designated individuals was expanded by Council Regulation 381/2014 which came into force on 15 April 2014.

On 17 March 2014 EU Regulation No. 269/2014 became effective.  This imposed sanctions on those identified as responsible for actions which undermine or threaten the territorial integrity, sovereignty and independence of the Ukraine and their associates.  The list of persons subject to sanctions was expanded by Implementing Regulations 285/2014 from 21 March 2014 and 433/2014 with effect from 29 April 2014.

The EU lists comprise individuals and so far no entities have been designated.  The EU Regulations apply within EU territory and freeze all funds and resources held, owned or controlled by any Designated Person.  The Regulations prohibit EU Nationals and EU-incorporated entities anywhere in the world from directly or indirectly making funds or resources available to designated individuals or for their benefit.