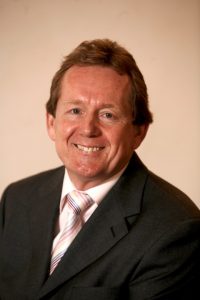 London, May 8: A warning that shipowners could face being saddled with ‘negative equity’ in the insurance aftermath of disasters at sea was sounded today at the annual general meeting in Lloyd’s Old Library of the 145-year-old Association of Average Adjusters, attended by a large number of representatives from across the London marine insurance market.

In his final address as chairman, Keith Jones listed a potential series of pitfalls awaiting shipping companies when a ‘constructive total loss’ (CTL) is declared. Mr Jones urged owners to be wary from the outset of the costs over which they had control, of the expensive business of maintaining a wreck pending investigation of the cause of the casualty, and cautioned that they may be unable to recover their costs if the sums exceeded the eventual proceeds of sale of the wreck.

“I am afraid there may be more unhappy monetary endings in the future when it comes to proceeds of sale, or rather the negative equity caused due to the lack of them, ” remarked Mr Jones.

He said that despite the problems over ‘proceeds of sale’ having been underlined in 2010 by a previous chairman of the association, Sir Stephen Tomlinson, there was no sign of change in the approach by hull underwriters. (This is actually a good thing as far as owners are concerned as any change would be restrictive.)

In the context of the track record on this type of reform, Mr Jones quoted the example that it took almost 200 years for a form  known as ‘Ship and Goods, ’ described by a judge in 1791 as ‘absurd and incoherent, ’ to be replaced.

Mr Jones, a City-based Fellow of the AAA who works for the Aon broking group, has after his two-year term as chairman been succeeded by Paul Rowland, of average adjusters Richards Hogg Lindley.

“Whilst large amounts of money are likely to be at stake, it is a brave, or possibly foolish, call to turn the only evidence available into razor blades” [ie, to have the stricken ship disposed of for scrap] “purely in an attempt to reduce costs of maintaining the wreck.

“Hopefully there will be sufficient proceeds and the adjuster will take into consideration the costs as from the acknowledgement of the abandonment by underwriters as being the starting date for the deduction from proceeds.”

What if ‘reasonable costs’ exceeded the proceeds? “In such circumstances this is unlikely to end well for an owner as he is no doubt under a legal obligation to maintain the wreck in any event, ” said Mr Jones.

He said that the catalyst for his address to the meeting was his professional involvement in two recent cases concerning charges against proceeds of sale of wreck. Average adjusters are industry ‘problem solvers’ who as experts in marine insurance and law are often appointed by a party in a marine claim or dispute and are committed to act in an impartial and independent way.

A CTL occurs when a ship is so damaged by an insured peril that the cost of repairing the damage would exceed the value of the ship when repaired. Under the Marine Insurance Act 1906 – the linchpin of most law in its field – where there is a CTL the assured may either treat the loss as a partial loss, or abandon what is insured to the insurer by giving notice of abandonment.

Once notice of abandonment has been tendered, the assured has to prove that it has been correctly given, after which underwriters, either expressly or impliedly, will accept that the ship or goods can be considered as a CTL and pay a total loss accordingly.

In estimating the cost of repairs, no deduction is to be made in respect of General Average (GA) contributions (the proportionate shares borne by the parties with a financial interest in the voyage, possibly salvage costs and other expenses) to repairs payable by other interests, but account is to be taken of the expense of future salvage operations and of any future GA contributions to which the ship would be liable if repaired.

Mr Jones turned to a much-debated question: from what date the salvage operations or GA contributions are to be considered ‘future’ – was it from the day the casualty occurred, or from the date when notice of abandonment is acknowledged by underwriters.

He quoted another former chairman of the association, the late Lord Donaldson, as saying in 1982 that the owner should do his sums and take account of future salvage operations before he elects to treat the vessel as a total loss, and the relevant date is the date of the casualty.

That was a view shared by many adjusters, but Mr Jones had his doubts. He said that average adjusters would generally advise owners when a vessel was badly damaged to tender an abandonment before the signing of any salvage agreement. This would ensure that such an expense was ‘future’ and thereby within the terms of the 1906 Act.

Another previous chairman, John Wilson, had written: “In practical terms the whole essence of a CTL is that the property is a COMMERCIAL total loss – ie, it is not worth sending good money after bad and spending anything further on her.”

Mr Wilson contended that in view of the large sums often at issue, it was understandable that underwriters should need time to investigate before accepting that a vessel really was a CTL; but if notice was properly given and the vessel was a CTL on that date, underwriters must accept that they were liable not only for the insured value of the vessel but also for the additional expenses of the shipowner.

Mr Jones said that in many cases there is no real need to divide the costs, as the relevant costs would be deducted from the sale proceeds, with hull underwriters receiving the net proceeds of sale. He admitted though that the question of charges against proceeds was ‘not entirely agreed practice, ’ adding that there was little in the way of case law.

Problems could also arise, as Sir Stephen Tomlinson had said in his 2010 address, regarding the election by underwriters to take over the interest of the assured, as to whether this was governed by English law “as we have almost always supposed that it would be. The Marine Insurance Act is possibly not the safety blanket that we have assumed.” In the W.D. Fairway case in 2009, the election was governed by the law of Thailand, the so-called lex situs of the moveable property, the ship.

“In cases where the charges exceed the proceeds, ” said Mr Jones, “I fear that an owner will not be able to recoup any balance unless he can possibly show that underwriters acted unreasonably in their deliberations as to the question of cause or costs and by so doing increased the charges against available proceeds. The underwriter by paying the insured amount has discharged his liability under the policy. There is no provision for costs in excess of proceeds in such circumstances to be paid in addition, as is to be found for reasonable sue and labour charges.”

A more complex scenario was where costs were incurred for maintaining the wreck and preventing pollution, after which local authorities required that the wreck be removed. Here, while costs would have to be divided between items that were more properly recoverable from liability insurers, there were not really going to be any proceeds of sale, as any interests of hull underwriters in the wreck were usually waived and wreck proceeds offset against the cost of the likely far larger wreck removal operation.

The owner would then be dealing with his liability insurers, most likely his P&I club, as opposed to his hull and machinery underwriters. Liability underwriters might expect that costs before acceptance of the abandonment, or acknowledgement that the vessel was a CTL, and before the wreck removal order, should be recoverable from hull underwriters; and in such cases might be unwilling to pay or reimburse costs.

“I suspect that the practical approach would be for liability underwriters to allow such costs to be deducted from any ‘assumed’ sale proceeds, as would have happened in the absence of the wreck removal order, but this is by no means the definitive answer and once again has the potential for an unhappy financial ending, ” the chairman commented. –

The ocean hull committee of the International Union of Marine Insurance reported recently that there has been a consistent decrease in the number of total losses of vessels at sea over the past 10 years, but that this has been more than offset by a dramatic increase in the number and size of large partial losses.

The broadband of competitive advantage

Naming Ceremony Held in Korea for EVER LIBERAL