The 4th Blue Shipping Summit 2014: the best performance the environment faithful ever had… 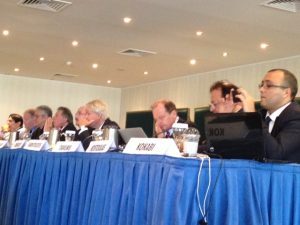 This Mare Forum and Blueship pre-Posidonia summit as our title implies was indeed the best performance on environmental issues influencing the shipping industry and conversely the cost of running ships one needs to know! It was also the preamble of the many Posidonia events that followed.  A much needed event for all in the world but also for the most powerful and important shipping nation with the best shipping sustainable development: Greece and its shipping industry which controls nearly 22 centum of the world’s commercial fleet; the sea-wise giant! John Faraclas and Anny Zade from www.allaboutshipping.co.uk where there with their media apparatus covering – photography and filming, of the event:

Yesterday, at the well laid and organised lower ground conference hall of the Divani Apollon Palace at Vouliagmeni, south of Athens, a group of nearly 200 delegates together with the speakers and the organisers set the scene for the next ten years to come. Jannis Kostoulas, Karen Kokabi and their teams offered within a day all you needed to know on the issue and beyond. A mostly environmental-based event included four sessions. 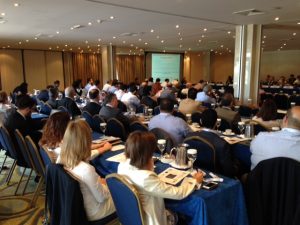 After the opening remarks and introduction of the event by Jannis Kostoulas and Karen Kokabi, The First Session begun, being also the setting the scene was on “Analysing the progress of the environmental regulations and implementation”.  The Shipping Minister of Greece due to a heavy schedule, as always, was delayed and his keynote speech was deferred for a later stage. The well experienced Philip Embirikos, BIMCO’s past President, was the session’s moderator; the delegates heard very powerful and to the point statements/ presentations from George Gratsos – always with a full analysis and paradigms, George Tsavliris – short, sharp and simple, Roberto Cazulo’s points (the Chairman of IACS did his very best!), the always present Panos Zachariadis from Atlantic Bulkcarriers – always innovative, and the towering Colin Cridland, the director of Research from Clarkson’s, always in control and at ease. Nicky Pappadakis, Intercargo’s Emeritus chairman, spoke last – his words food for thought!

Following the delivery of the speeches within an hour or so there was a discussion between the speakers, panellists – too many but well planned so as all to be happy and no biased situation ever to surface, as it happens in many events! 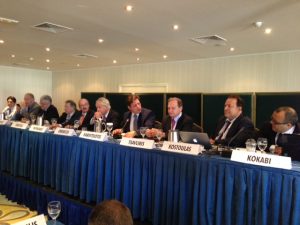 “The dramatically increase of emissions in China and India was the big issue and whether same makes shipping emissions meaningless”; “The feasibility of the goals set by the regulators and its long-term implications” (if any…) in the maritime industry. Many issues, many views but one of them on whether “The industry has managed to calculate the cost of the comparative advantage of environmental technology” was a tough cookie…

A much needed coffee-break to…assert the situation led to the second session on “The market of sustainable shipping and future shipping trends” well directed by Apo Poulovassilis, Regional Manager EMEA of Lloyd’s Register Group. Jannis Costoulas and Karen Kokabi (especially) complemented the panel with their appropriate interventions – some good points to reflect and remember!

My good friend Stavros Meidanis, former executive at LR and now Manager DPA/CSO at Capital Ship Management Corp, and re-known for his meticulness on these issues, delivered an excellent paper. He was followed by Alasdair Pettigrew, a senior advisor from the Carbon War Room Shipping Operations, the always present Vagelis Chatzigiannis – trader at GMS and David Peel, another friend from Right Ship. Again an intense I may say discussion on “How one makes profits, stay environmentally conscious, the importance of the future trends in shipping and what I considered very vital for the true, the real sustainability  of our industry: “Who is lending money to the shipowner”.  At lunch time I had the chance to discuss the issue of fuel efficient ships and if some are really attractive to charterers and the case of the conventional ones going for scraping as well as the price of demo. 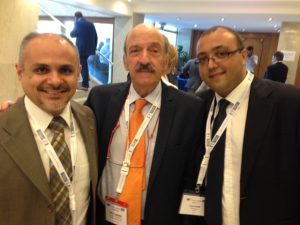 The third session had also a class society representative as moderator, proving the importance and interest for the class societies to fully participate in the making and furthering of this shipping sector. Stefano Bertilone, general manager of the RINA Group for Greece, Middle East and Africa managed well the as always difficult issues of the “Air Emissions”, “the WBM”, “Eco ships” (indeed and excellent “description” of they make sense and or nonsense), and the heated as always debate on the “Ongoing Trends in Shipping Innovations”. Dr. Peter Tsantiros, president and CEO from Terragon Environmental Technologies in Canada was he first speaker, followed by the ever present on these events, the very eloquent Helena Athoussaki, CEO of Carbon Positive which amongst other issues basically manages emissions and costs; Panagiotis Mitrou from Hellenic Lloyd’s S.A., on “the LNG as a marine fuel, a holistic view” was a great delivery too. Dr. Vis was present once again in a major debate – remember his first appearance in the Navigator events a decade ago, was there too, trying to explain in detail his issues. The Vislab founder, always exceeds the time allocated, but he deserves it! Missed the other two speakers’ papers but hope to obtain them, I mean those of James Rhodes from Magnuss  and the Roxburg duo – Iain Logue and Phil Butler. So what one makes on the “New Technologies available today in the Market”?; “What are the most suitable technologies for different technologies?”;”What the role of LNG is in today’s market and what will be in the future?”; “How much room for improvement does the current ship allow?”… 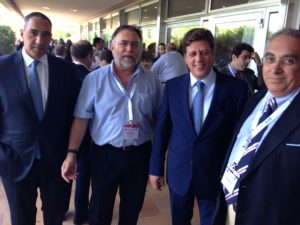 As time was going a bit off schedule with the many questions and deliberation we immediately entered the last session, the concluding one on “What’s next?” which was a general discussion between the speakers, panellists and the audience.

We left lastly the Minister’s speech; Miltiadis J. Varvitsiotis, Greece’s Minister of Shipping, Maritime Affairs and the Aegean, who does his best to promote Greece and its shipping industry and this debate was more than important; he received tough questions too! With the LNG issue pressing lest see what his Ministry can do, as well as on the many environmental issues which also include maritime tourism, a very sensitive issue for Greece – both the mainland and its islands as well as periphery issues as one has to safe guard even the currents and flow of waste, say coming through the Dardanelles from the very polluted Black Sea!!!!! Moreover as Greece still holds the presidency of the EU, Varvitsiotis role was more than important given the multitude of issues he has to tackle during his tenure; let’s hope he being heard and Europe understand that Greece can move the entire shipping issues!

All in all a great debate, a great summit leading the way for Posidonia, as what was discussed was also on display in many of the hundreds of Posidonia stands, giving the impetus of interesting encounters there; a very thoughtful event! 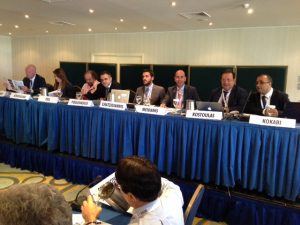 Very interesting questions all through the event from many in the audience and we recorded more than thirty, amongst them that of Alex Carcantzos who posed / put forward the following two-fold question and statement: “1.We hear that the greenhouse gases emission exercise regarding hardware regulations ended with the adoption of EEDI and EEOI indices. I am very much afraid that is not the case! At MEPC 65 USA and Belgium proposed to enhance further Energy Efficiency through a faced approach and the development of further technical and operational regulations. Perhaps another trillion of costs for international shipping; and 2.There is a momentum to amend SOLAS 2009 Damage Stability Regulations in the aftermath of ‘Costa Concordia’ and ‘Sewol’ maritime disasters. This is also supported by two EU sponsored studies, i.e.: GOALDS and the EMSA -STRATHCLYDE Damage stability of RO-RO passenger ships. Already Italy proposes Bubble Skins for WT compartments containing vital propulsion equipment.”; and Sotiris G. Kaminis, the CEO of Kaminco, posed an interesting point/question on the LNG project in Greece. 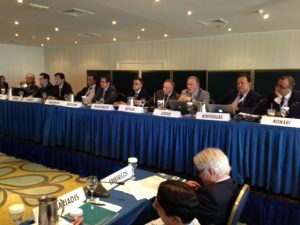 At the drinks reception which took place at 18:00 hrs at the lower veranda overlooking the pool and gardens of the hotel, more guests arrived and the 250 group continued the discussions and networking whilst our host, Lykos winery was serving its unique wines and greek dips (meze). We were more than pleased to meet our Greek and international friends form the past, as well as to meet new friends too and exchange views, needless to say create a good rapport amongst us!

We were lucky enough to grasp the chance and talk to Stefano Bertilone who happily agreed to give us a quickie live interview on the event; log on herebelow to listen:

Sean McGovern: why staying in the EU is a rational decision