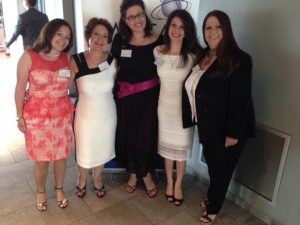 Earlier on at the Vive Mar, the well know seaside bar-restaurant in Voula, Athens over 350 members and staunch supporters of WISTA Hellas joined in for the biennial Posidonia early evening buffet reception which lasted till very late… Guests come from all over the world proving the support as well as the work WISTA-Hellas and all WISTAs do!

Excellent drinks and dips including masticha liquor from Chios; as for the music: vibrant plus…Now don’t ask about networking, as in all WISTA events worlwide same is at its best!

Connectivity lifts safety and efficiency to the next level

Many thanks to WISTA-Hellas for last night event. WISTA-UK is very grateful for the kind invitation extended to all members.

The WISTA-UK group attending the WISTA-Hellas party was large in comparison to previous years. We will send you the picture of the UK ladies that we took last night at the event for our year book.

Most unfortunately we took so long to reach the party, with the new location, the distances that visitors of the exhibition have to travel are very large. It took us nearly two hours to reach Athens from the exhibition, and then over 40 minutes to reach the wista party from the UK Embassy where most of our ladies were.

The event was excellent, and to find new and old friends is fantastic! Evgharisto poli Wista-hellas!!

I would like to add my thanks to Maria’s for the wonderful hospitality. I look forward to seeing more WISTA members at the WISTA Med Regional Meeting in Naples and the WISTA AGM in Cyprus.
Thanks too to all who are helping us promote our Navigator Project from The Nautical Institute which is aimed at inspring junior watchkeepers to be more professional and so keep themselves, their ships, fellow crew members, the cargo and the environment safe. We aim to get one on every SOLAS vessel so if anyone has any ideas or can help to give these away free to every ship, we would be grateful.
As the new WISTA UK Secretary I would like to thank everyone for their support in this role.
Best regards
Bridget