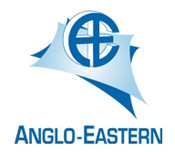 Established in 1999, MARCAS today has a membership of owners and managers responsible for operating some 1200 ships. With the V.Ships, Anglo- Eastern consolidation, which is scheduled to go live from the beginning of June, MARCAS will be contracting for close to 1700 vessels, representing the major buying group for the maritime industry.

MARCAS negotiates and signs contracts with suppliers worldwide ‘as agent on behalf of members’ all of whom retain management and control of their purchasing, logistics and invoicing. As members of MARCAS deal direct with their suppliers, benefiting from the global frame contracts arranged by MARCAS, there will be no employee changes within the Anglo-Eastern or V.Ships organisations.

Peter Cremers, Managing Director of Anglo-Eastern says “We have a duty to our clients to explore any partnerships which can deliver savings; these are paramount for our owners in these very tough markets”.

Bob Bishop, Executive Director of V.Group, comments, “V.Ships has been active in MARCAS since the beginning and it has proved its worth over the past 15 years, aggregating purchase volumes to obtain maximum value goods and services. Partnering with another of the world’s leading managers is a major step for owners and for suppliers who can trust in continuity of supply and production”.

Elliot Gow, Group Director of V.Ships Ship Supply Chain and responsible for MARCAS, states “The aggregated volume and economies of scale will give both members and suppliers of MARCAS a great opportunity to achieve more cost effective solutions”.

Ivan Blazina, Group Purchasing Director of Anglo Eastern comments that there are only winners here. “Having now talked with a large number of existing and new suppliers we can confirm the additional advantages of higher volumes leading to lower prices for owners and a more secure environment for suppliers”.

All owners and managers who are members of MARCAS continue to operate their separate organisations, pursuing their own strategic development and promoting their competitive advantage.

Calculation of EEXI in progress