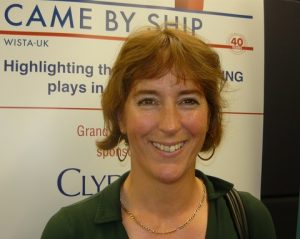 What needs to be done to raise the profile of shipping and to raise awareness in the new generation of the attraction of a maritime career? By Jessica Tyson*

Recently I was having a conversation with a colleague concerning the search for the four missing British yachtsmen off Cape Cod. The search was in its second day after being resumed.

The big question raised was: “What made those sailors so different from all the merchant navy seafarers that sail the sea today?”  The truth is nothing. There is no less professionalism, no less love of the sea; but there was considerably more interest and public support for getting that situation resolved. WHY? Perhaps it was the emotional aspect?  I am not for a minute suggesting that this was not right and appropriate, but what it did was highlight the apparent disparity between this side of our industry and the more mundane (some may say less glamorous) side of the merchant navy.  Hundreds of sailors die every year but we never hear that on the news. We do not have the public up in arms over the dreadful conditions and lack of pay being suffered by the crew on the detained vessel Munzur [the general cargo ship was detained by the UK Maritime and Coastguard Agency at Fowey in April for multiple failings].   How many of the public actually know what the merchant navy is, much less the massive contribution that the merchant navy of whatever nationality provides worldwide? How many things would come to a halt if all the merchant navy sailors went on strike?

Great Britain is an island nation. Stating the obvious, we are surrounded by the sea. Ninety-five percent of our goods come by sea, giving one of the lowest carbon footprints for the quantity of freight moved and one of the cheapest forms of transport.

And yet, we appear to be invisible except to our own. To those in the industry, to those who rub shoulders with people working in the industry, we are very much there, but this does not provide us with the necessary profile to attract “new blood” into what is a lifeblood industry of this country and the world.   Many have fallen into the career by luck rather than by intent. And yet there is a wealth of career opportunities at sea and ashore that is waiting for the new generations!

Our own industry is endeavouring to tackle this issue with varied success. There are campaigns, competitions and behind the scenes ongoing efforts. There are many organisations all trying to raise the “voice” of the merchant navy such as Nautilus International, WISTA, SeaVision, Honourable Company of Master Mariners, Nautical Institute, Chamber of Shipping but to name a few . What strikes me is however is that we are all not quite singing in unison yet.

Communication is always the key! Through education (let’s get into the schools before the kids start making choices , show them the true horizon).Let’s educate the educators!!! How many career officers know that the merchant navy exists? Few of them, I would suggest. Do they know where to send the prospective candidates?

And we are hardly aided by the apathy of the Shipping Minister. There seems to be much lip service but not much action. This is hardly surprising when you have seven ministers in as many years who don’t seem to think that we need a coherent shipping policy.

And the media!! There appears to be an amazing lack of knowledge or understanding of something that is so key to the economy of almost any nation in the world. The economy is the big topic isn’t it? So that makes the merchant navy the big topic too!! So let’s educate and communicate !  Yes we are doing so, but not always together. Let’s sing, shout and make a lot of noise  but all together. Let’s not be afraid. We need to turn debate into action…together!