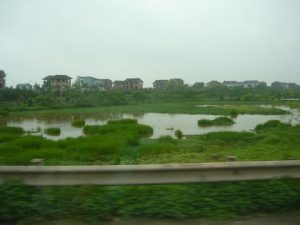 Asian Development Bank (ADB) focused on Asia’s natural catastrophes exposures in a recent report, calling on Lloyd’s research to voice its concern about the region’s high level of underinsurance. (source: Lloyd’s of London)

The ADB referenced Lloyd’s 2012 Global Underinsurance report, noting that eight of the world’s 17 most underinsured countries are in Asia. These are Bangladesh, China, Hong Kong, India, Indonesia, Philippines, Thailand and Vietnam.

According to the report, China is the most underinsured in monetary terms, with $79.6bn worth of underinsurance against non-life losses in 2011.

“It’s significant that it’s not only the insurance industry which has started paying attention to these issues and the true extent and depth of underinsurance globally, ” states Kent Chaplin, Lloyd’s head of Asia Pacific. “Recognition by an entity such as the ADB will, I hope, play a vital role in helping economies respond to these threats.”

The ADB points out that over the last 20 years, Asia has borne half the estimated global economic cost of natural disasters – about $53bn annually. This could potentially wipe out gains from economic growth in many economies, cautions the ADB.

Direct physical losses from disasters in the region in the past four decades have significantly outpaced growth in GDP, the ADB continues.

It also warns the gap between total economic losses and insured losses can be so wide that it may outstrip the government’s ability to act as insurer of last resort.

“There’s a significant amount of urbanisation happening and that’s putting pressure on cities and those Asian economies which are booming – and that puts many more assets at risk, ” says Chaplin. “With increasing populations, more people are moving from the rural areas into the cities putting more pressure on water, food and infrastructure, and it means catastrophes can have a much bigger impact.”

“The level of insurance penetration hasn’t caught up with the level and pace of economic growth, ” he adds. “There is a gap that needs to be filled.”

In Japan, only $35bn of the estimated $210bn of total economic losses wrought by the March 2011 Tohoku earthquake and tsunami was insured.

Myanmar, one of Asia’s most underdeveloped countries, is also reference by the ADB report. It claims the country has yet to recover fully from Cyclone Nargis, which devastated the Ayeyarwady Delta region in 2008. According to official figures 84, 500 people were killed and 53, 800 went missing when the very severe storm hit on 2 May, sending a storm surge 40 km up the densely populated delta region.

And just last year Typhoon Haiyan was responsible for at least 6, 268 deaths across the Philippines when it struck on 8 November 2013.

“The consequences can be far reaching for countries that have a major catastrophic event, ” says Chaplin. “It’s not just the economic cost, but the humanitarian cost – the cost of life, livelihood, the time it takes to recover etc. One thing our underinsurance report picks up on is that most of the cost falls to the taxpayer and that’s where insurance can play a vital role in bridging that gap between what the government has to fork out and what’s insured.”

In a guest post in the Financial Times, Bindu Lohani, ADB vice president for knowledge management and sustainable development, calls for action to drive take up of disaster risk financing in the region.

“Despite its vulnerability to natural hazards, Asia and the Pacific lag the world in this type of financing, which can include insurance, reinsurance, and other risk transfer instruments that spread the cost of recovery, ” he writes.

“Less than 5% of all disaster losses in Asia are insured, compared to 40% in developed nations. Instead, there is heavy reliance on the reallocation of public resources to support relief, early recovery, and costly reconstruction efforts, ” he continues.

Lohani reveals the ADB in partnership with the World Bank is currently piloting a catastrophe risk pool with six Pacific nations and that a public private approach to insuring earthquakes in the Philippines is currently being mooted, which would transfer risks to international reinsurance companies and others.

“There is also promise in micro-insurance, ” he continues. “Which is designed to help poor communities cover health, disability and unemployment risks, as well as disaster-related damage to property, crops and livelihoods.

“We know disaster risk financing can increase resilience to natural hazards and help produce faster response times, reduced economic impacts and more prompt recovery of infrastructure and livelihoods in the event a disaster strikes, ” he adds.