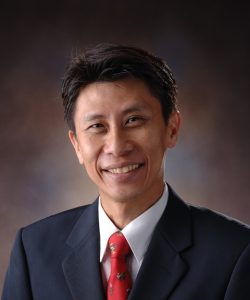 The Singapore Shipping Association (SSA) is delighted to announce that Mr Michael Phoon has been appointed as the new Executive Director of the SSA as a result of the forthcoming retirement of Mr Daniel Tan after 29 years of dedicated service to the Association.

Mr Phoon, 53, will formally take over the position on August 1st. He holds a Bachelor of Science Degree in Business administration majoring in Finance from the Menlo College, School of Business in California from which he graduated in 1987.

He has subsequently enjoyed a highly successful career at Hewlett Packard where he most recently held the position of Director & General Manager of the HP Enterprise Networking Business Unit for Southeast Asia, Taiwan and Hong Kong. Mr Phoon is additionally, a certified master coach (he graduated in 2009 at the Graduate School of Master Coaches at the Behavioural Coaching Institute in California)  and has won a number of top awards including the HP CEO President’s Club in 2005 and 2007.

Welcoming the new appointment, SSA Honorary Secretary Esben Poulsson, who headed up a committee of four elected SSA Councilors to undertake the search for the next Executive Director, said: “The process of choosing a successor to the Association’s long-serving and extremely talented Executive Director Daniel Tan has been a big challenge, given how difficult it will be for anyone to succeed such an illustrious and well respected industry figure as Daniel.

“We did, however, interview some highly impressive candidates and the final choice was therefore very difficult. Nonetheless, the SSA Council was unanimous in its choice of Mr Phoon who, while not being from the industry, has demonstrated a level of understanding, enthusiasm and passion for the role and was in the end simply chosen on the basis of being the best person for the job.

“His track record as a results driven person, with excellent people management skills will, we believe, enable him to lead the SSA to the next level.

“There is a clear trend for Associations around the world to be run along more business-like lines and in this respect, the SSA in the future will be no exception. With more than 475 member companies, the SSA has a very solid foundation from which to grow further and continue to make its contribution to further enhancing Singapore as a leading International Maritime Centre, ” Mr Poulsson added.

About the Singapore Shipping Association (SSA)

The Singapore Shipping Association (SSA) represents a wide spectrum of shipping companies and other businesses allied to the shipping industry. It is a national trade association formed in 1985 to serve and promote the interests of its members and to enhance the competitiveness of Singapore as an International Maritime Centre. To achieve its objectives, the SSA plays an active role in promoting the interests of shipping in Singapore and internationally, and co-operates with other regional and international shipping organisations to protect the marine environment and promote freedom and safety at sea.

The Navigator – a magazine for every ship