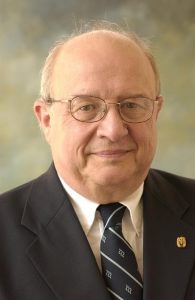 Truman served as Assistant Secretary of the US Treasury for International Affairs from 1998 to 2001, and returned as counselor to the treasury secretary from March to May 2000. He directed the Division of International Finance of the Board of Governors of the Federal Reserve System from 1977 to 1998, and was an economist on the Federal Open Market Committee from 1983 to 1998.

Truman is a senior fellow at the Peterson Institute for International Economics, and has lectured and published on international monetary economics, international debt problems, economic development, and European economic integration.

Truman will be advising OMFIF on questions of international monetary affairs, asset management and liquidity.

David Marsh, Managing Director of OMFIF, said, ‘We are happy that Ted Truman is becoming part of OMFIF’s advisory team, which will have specific influence on our work for the Global Public Investor publication and for building our activities in the US.’

Truman said, ‘I am pleased to join OMFIF’s Advisory Board. OMFIF has opened up much needed debate and discussion of greater transparency and communication about the investments of governments, including their central banks and sovereign wealth funds. I look forward to contributing to that effort among others.’

The Space industry makes up to cyber threat