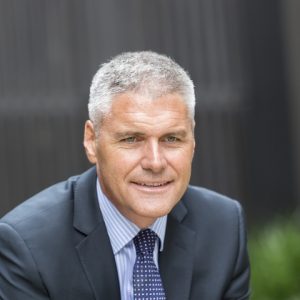 Guy Campbell of the China Navigation Company has been appointed by the Baltic Exchange Board of Directors as Chairman for a two year term of office. He replaces Quentin Soanes who served as Chairman from 2012.

Welcoming the appointment, Baltic Exchange Chief Executive Jeremy Penn said:  “The Baltic Exchange will benefit enormously from the breadth of knowledge of Guy Campbell who knows our business well with experience as both a principal and a shipbroker.”

Guy Campbell, FIFC, MCIArb is aged 47 and began his shipping career at shipbroker JE Hyde & Co Ltd in 1990. A dry cargo specialist, he became a Baltic Exchange member in 1991, remained at JE Hyde for seven years before joining Koch Industries, where he spent 10 years as a chartering manager and eventual Director, Ocean Freight for Koch Carbon LLC. After six years as Dry Cargo Managing Director at shipbroker Clarksons, he now works for The China Navigation Company, the deep sea ship owning and operating arm of the Swire Group. His shipping career has included broking, chartering, freight trading and operating.

He served as Chairman of the Baltic Exchange’s Freight Market Information Users’ Group in 2005 at a time of migration from OTC derivatives trading toward a modern FFABA contract. The period also saw the introduction of clearing to the FFA market which ultimately enabled the market to survive the disruptions of 2008. He has served on the Board of the Baltic Exchange since 2009.

He is married with three children.

In a separate move Baltic Exchange shareholders have elected Peter Kerr-Dineen of Howe Robinson and Bettina Goodall of Clarksons as shareholder directors. The results of the election were announced at the Baltic Exchange’s Annual General Meeting (10 July 2014). They replace Quentin Soanes and Harry Fafalios.