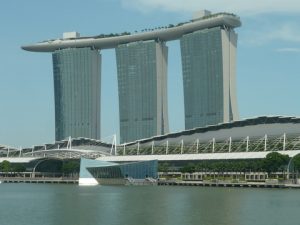 Originally established in 1951, F.S. Mackenzie is a UK-based freight forwarder and Non Vessel Operating Common Carrier (NVOCC) focusing primarily on sea, air and road freight forwarding, together with customs clearance for inbound and outbound shipments from the United Kingdom. Headquartered in Basildon, east of London, it has four other operational centres across the UK.

Singapore Post says that the acquisition will help it to establish an entry point into the Western European freight market and strengthen its ability to provide customers with integrated ecommerce logistics solutions, which complement its existing postal and parcel networks.

Alfred Stienen, who will remain group chairman of F.S. Mackenzie, says that the sale will allow the UK company to broaden its freight network through the support of a financially strong parent company.

“We have worked in partnership with Famous Holdings, which was acquired by Singapore Post in 2013, for over 20 years and this represents a great opportunity to build on that relationship.

“Singapore Post is keen to develop its profile in the international logistics arena and sees F.S. Mackenzie as a solid platform on which to build that development in Europe.”