London underwriters will offer cover for the growing number of planned commercial voyages through Arctic waters only to the most prudent shipowners, leading insurance broking group Marsh has warned.

Marsh, which advises and acts for many of the world’s top ship operators, cautioned in a new report that as things stand, “the majority of ships and their crews are not ready, the support service facilities are not in place, and the risks involved are not understood at a level to enable underwriters to price insurance for Arctic transit with either clarity or certainty.”

Its report said: “Without any hard facts on preparedness, it will be difficult, if not impossible, for underwriters to put a price on an insurable risk with confidence, or even to agree to cover a voyage in the first place.”

The broker expects that even though underwriters will exact high premiums and deductibles for insuring even the best-prepared voyages, the costs to shipowners will be considerably offset by savings in passage time, canal tolls, crew costs and bunker fuel. 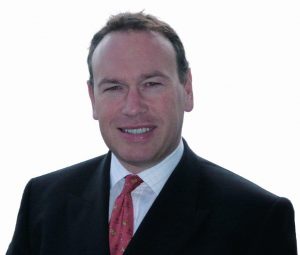 Despite the hurdles, “I think we shall see the London market take the lead, ” said Marcus Baker, chairman of Marsh’s global marine practice.

So far the Northern Sea Route and the North West Passage are little used for commercial shipping, but the number of crossings is set to rise because of melting ice and the discovery of mineral resources and oil and gas deposits accessible via inhospitable waters. The Northern Sea Route is the shortest sea corridor between the European part of Russia and the Far East.

It is by no means certain that hull and machinery, and protection and indemnity, underwriters will accommodate coverage requests, in the light of remoteness of route, lack of salvage support services, and other risks.

Rapid development of Arctic shipping routes will depend on improvements in the capabilities of vessels, and the upgrade and expansion of support facilities, said the Marsh report,  Arctic Shipping, Navigating the Risks and Opportunities.

New routes present the global maritime community with financially attractive alternatives to routeing the Europe-Asia trades through the Panama and Suez canals.   Given the potential savings, “it is easy to see why the shipping industry is so keen, ” said Mr Baker.

The prospects are increasingly relevant to the oil and gas sector, as energy exploration and production expands into the waters off the Russian Federation, northern Alaska, Canada and Greenland.  Among its requirements, that sector will need more shuttle tankers, as platforms come on stream.

Shipping businesses need to ensure they have a full understanding of the risks involved in order to gain the confidence of insurers, Marsh insisted. They must take into account such factors as the remoteness of much of the route, the possible lack of help should a ship get into difficulties, and even that magnetic compasses are unreliable at high latitudes. Transferring cargo from one vessel to another would not be possible in many cases.

Mr Baker said: “While marine insurers are largely supportive of the development of Arctic shipping routes, they are extremely wary about incurring large, high profile losses while the market is still in its infancy. Competency of the crews is another issue. Underwriters will remain cautious and require detailed evidence that the vessel and its crew are ‘up to it.’”

Insurers will require more information about vessel capabilities and available salvage services, with wreck removal, pollution risks and crew health and safety of major concern. Wreck removal considerations are a growing worry for shipowners and insurers, at a time when the New Zealand government is pressing for a more extensive and expensive operation to deal with the remains of the 3, 032 teu Rena which went aground on a reef off Tauranga in 2011. The Rena casualty is already estimated to be costing $425m, much of that relating to the need to call in salvage teams from thousands of miles distant.

Mr Baker said that the insurance business has traditionally paid heed to past statistical data, and there is very little of that available for Arctic routes. “One of our roles as a broker is to anticipate these challenges and the needs of our clients. This issue is going to require a lot of risk management systems.”

Steve Harris, a senior vice-president in Marsh’s global marine practice, said: “The majority of transits that have already taken place in the Arctic were one-off voyages that have been permitted as extraordinary ventures, and were usually government-backed or sponsored.

“Risk presentation is critical. Only if shipping firms can present insurers with the information they require, and all parties concerned take a collaborative approach to calculating these risks, will insurance capacity be readily available to support the growth in Arctic navigation.”

Mr Harris said: “A lot has been said about how short the route is, but you have to be careful in looking at where your start and finish point are. It can vary a lot. Marseilles to Singapore for instance is dramatically shorter.”

Mr Baker said that the expertise of the London market would be critical in developing cover for new activity. “It is still an extraordinary centre of technical excellence when it comes to marine insurance.  I think this is where the lead is going to be taken on how these risks are written.” He added that the environmental impact of an oil spill would be very significant.

Mr Harris said that the Polar Code being developed by the Arctic Council, a group of countries with interests in the region, would cover much more than physical conditions of ships and the equipment and spares on board.

“The Polar Code though is still not enough for underwriters to assess all the factors: the ice – thick, multi-year and often hidden ice – the fog, the storms, the lack of decent hydrographic services.  To the north of Canada, very little has been hydrographically surveyed, ” said Mr Harris. “We are, for instance, not absolutely sure where the shallows are.”

In 2013, Russia’s Rosatomflot icebreakers escorted a reported 71 vessels through the Northern Sea Route.  “Many were supply vessels, so the number of commercial vessels that went through is not giving us enough data” said Mr Harris. Conditions allowed navigation to begin in 2014 several days earlier than expected.

All nuclear-powered icebreakers owned by Rosatomflot, which provides ice pilotage and emergency and rescue operations, are currently working. There is a fleet of four such units with two nuclear engines, and two icebreakers each with a single reactor. Several more nuclear icebreakers are under construction, but they cost up to $1bn each, and take eight to 10 years to build.

Mr Harris said that crew capability would be a big headache. “There are so few captains with the relevant experience that this is probably going to be one of the restrictions – finding experienced crew.” At present, the Russians provide masters for ships in transit as advisors.

Among other risks highlighted by Marsh are that extreme cold can cause engine problems, and that coverage of navigation aids such as GPS and Galileo is reduced.

Industry sources have said that casualties in Arctic Circle waters have increased to an average of 45 a year during 2009-2013 from seven during 2002-2007.

In a report in 2012, Lloyd’s said that on current trends, expected investment in the region could reach at least $100bn over the next decade. It stated that the opportunities in areas as diverse as energy extraction, shipping and tourism will only be fully realised if the businesses involved are able to manage the substantial and unique risks which exist in the region.

The ‘known-unknowns’ of the High North present particular challenges for those involved in exploration and extraction, said Lloyd’s, and there was a clear need for sustained investment in Arctic research.

Lloyd’s said that while risk events – such as an oil-spill – are not necessarily more likely in the Arctic than in other extreme environments, the potential environmental consequences, difficulty and cost of clean-up may be significantly greater.

Among other initiatives, the Nautical Institute in 2012 launched the title Polar Ship Operations as a comprehensive reference book for seafarers, shipowners and others planning to work in the extreme environment.  The Institute is campaigning for uniform international standards for ship bridge personnel in ice operations.