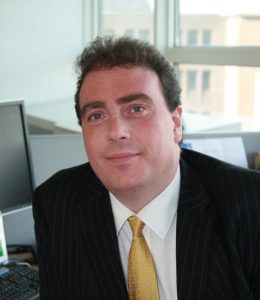 OI 2014 attracted a total attendance of some 8, 400 (an increase of 10% over 2012 attendance) and 528 exhibiting companies from 35 countries; and the inaugural OI China, held in September 2013 saw 4, 296 domestic and overseas visitors attend over the three days; this year’s event in Shanghai has attracted 214 exhibitors from 21 countries.

“There is natural synergy between the Oceanology International series and the offshore renewables’ aspects of All-Energy, so I am looking forward to combining two interesting and challenging roles, ” says Jonathan Heastie, who joined Reed Exhibitions in 2008.  “Indeed, this year’s OI China includes a dedicated renewables zone ‘Ocean Renewable Energy China’.

“The forward booking for the Excel-based OI 2016 is extremely encouraging; 89% of the available exhibition space has been taken (an increase of 15% on figures at this time in 2012), so it really is a ‘book now to avoid disappointment’ situation.

“I would like to pay tribute to the hard work of James Coleman in building the show to its pre-eminent position since early in 2009. He has now taken up the role of Business Project Director at Reed Exhibitions.

“OI is an inspiring event combining a major exhibition, world-class conference, dockside demonstrations and visiting vessel programme. I have enjoyed being a visitor at it in the past and look forward to working with a dedicated team to ensure that future events in the series in the UK and in China go from strength to strength.”

Full information on OI 2016 is at www.oceanologyinternationalcom; OI China at www.oichina.com.cn/en/home/; and All-Energy 2015 (Glasgow 6-7 May 2015) is at www.all-energy.co.uk