“The simple reality is that there is no intelligent agency big enough to spot danger and respond effectively all by itself.”

Paniguian addressed delegates at the forum entitled: ‘Shipping in the 21st Century – preparing the industry for the future’, saying:  “The lessons we are learning is that sharing intelligence, enables us to stay one step ahead.”

He then drew attention to countries where ‘aging leaders who fail to give up power’ presents additional concern. 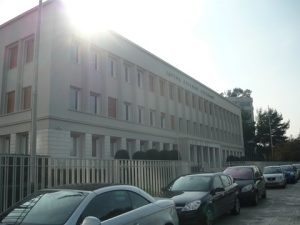 The Evgenidion Foundation in Athens

In speaking of boarder security and terrorism, he said: “these are breeding grounds for chaotic trade.”

However, Paniguian said that through better data analysis countries can ‘stay ahead of the risk curve’.

“Data is available to all of us whether in the press or on the internet and it is not tightly held. It’s not necessary to have a crystal ball to identify who poses a threat.”

He emphasised that governments play a key role and can facilitate rapid improvement in security environments.

“It’s hard to be sure of the exact annual disruptive costs but it costs the industry somewhere between USD 15-20 billion, ” he said.

Paniguian said he also saw a future where institutions such as the IMO would enhance defence capabilities: “The key is sharing information and acting together.” 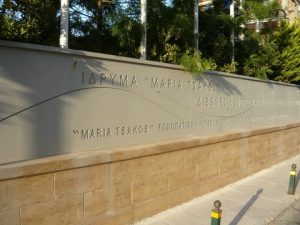 The Maria Tsakos Foundation in Chios

Captain Panagiotis N. Tsakos, founder of the Maria Tsakos Foundation wrapped up the forum by thanking delegates and saying: “Shipping is in our (the Greek) soul. We have a moral obligation to preserve it.”Savahna.nightingale@ihs.com

The Board of Oslo Børs approves Entra for listing