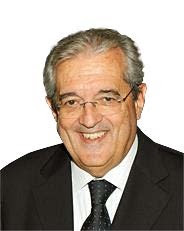 Mr Saccomanni will contribute to OMFIF’s efforts to enhance monetary and financial cooperation in Europe and the global economic system.

He has long experience in European banking and economic policy. Before serving in Prime Minister Enrico Letta’s cabinet as finance minister, Mr Saccomanni was senior deputy governor of the Bank of Italy, alternate member of the governing council of the European Central Bank, member of the board of directors of the Bank for International Settlements, and vice-president for risk management at the European Bank for Reconstruction and Development.

After graduating in Economics from Milan’s Bocconi University, Mr Saccomanni began his career at the Bank of Italy in 1967. He was seconded to the International Monetary Fund from 1970-75, and held various positions in the Bank of Italy before becoming senior deputy governor in October 2006.

David Marsh, managing director of OMFIF, said, ‘It is a great pleasure that a personality with the authority and experience of Fabrizio Saccomanni is joining us as senior adviser.’

Fabrizio Saccomanni said, ‘I welcome the opportunity to collaborate with OMFIF in its activities in the field of international monetary and financial cooperation in this difficult phase of the global economic system.’

“EDITH MAERSK”: The largest ship ever on the Thames