Art for the wall – and to wear in style… 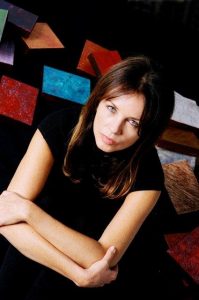 Art for the wall – and to wear in style: Izabella Kay’s new collections at the Affordable Art Fair,  By James Brewer

Known for her huge contemporary art installations, London-based Polish artist Izabella Kay has branched into painting-derived limited edition fashion pieces.  Izabella, who swapped a career in the City of London for studio creative work, is exhibiting her own work and that of up-and-coming Polish artists at the latest Affordable Art Fair in Battersea Park, London.

She launched in 2013 her first, luxurious fashion line under the brands Foularts (where the silk foulard – the lightweight scarf or shawl – meets art), Artans (where the kaftan meets art), and the  Cashmere Foulart collection. All celebrate her intuitive talent in blending and shading intense abstractions of colour in a personal and captivating manner. 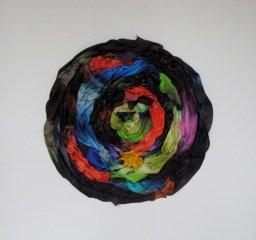 Based on her digital IKAD (Izabella Kay Art Diffusion) painting, the foulards come in a limited edition of 20, and can be commissioned. The 200 x 70 cm foulards are available at the independent Wolf &  Badger store at Notting Hill  until the end of October 2014, and at the gallery-restaurant Liquid Art House in Boston, Massachusetts. Artans  are one-size art pieces to be worn over jeans, bikini or swimsuit, with or without belt. They come in limited editions of 20, titled and numbered.

Izabella donated  one of her fashion items entitled IKAD Deep Blue Sea for auction at  the Saatchi Gallery to raise money for the Prince’s Foundation for Children and the Arts Hospices Programme. Another will be auctioned in November at the charity extravaganza Steps to the Future for RAFT (wound healing research) and Walking With The Wounded.

Izabella, who is fascinated by the interaction between fashion and art, says that her limited edition pieces for the woman of any age are “only the best, the most glamorous and always deliciously stylish.”

Her work has been shown annually at the 20/21 International Art Fair at the Royal College of Art. Since 2007 she has had representation among the permanent collection at the Polish Cultural Institute, London; in 2009 she participated in London Creatives: Polish Roots, presented by the Polish Cultural Institute in partnership with the Museum of London, a show that honoured through photography and interviews Londoners of Polish origins who, as leaders in their field, have played a part in enhancing the cultural scene of the capital. Another major feature was the show Participating Presence at the Cork Street Gallery 2011. 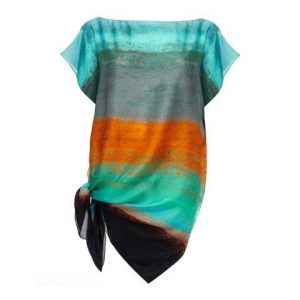 At the same time, she has generously promoted artistic talent from her native Poland, providing exhibition platforms for a series of painters and photographers who have contributed memorable individual styles and subject matter.

More recently she embarked on her Imprints, Impressions & Inversions series (2013) and her particular take on colour and space, deep fascination with texture and changing perceptions (hence the title of several of her presentations) led her to launch the limited edition of digital works as IKADS (Izabella Kay Art Diffusion) and, she says, “their dream-like translation on to fabric.”

New work in her Fabrik series includes Completing the Circle, and Allergy to Grey, paintings on silk, hand-stitched on canvas. 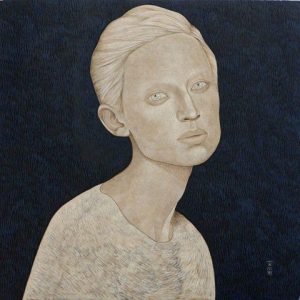 Each piece is based on a separate painting and is presented in a luxurious box with a signed certificate. The debut collection includes titles such as Reflection, Deep Blue Sea, Thinking of You, Enrapture, Passion, Snow and Ocean.

Artists presented at the Battersea show by Izabella include Warsaw-born Robert Motelski, a landscape specialist who has had around 100 individual and group exhibitions. His works – many concerned with rivers, reeds, and jetties – are in private collections in Austria, UK, Belgium, Holland, Sweden, Switzerland and the US.

Katarzyna Koltan draws out new images of female beauty, mixing Medieval mood with modern expressionism, as she deploys the medium of egg tempera which was pioneered in ancient Greece and by the Egyptians and Romans. A graduate of the School of Fine Arts in Poznan, Katarzyna is a professional photographer with an interest in portrait and street images. 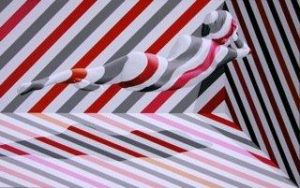 Venus in the Mirror III. Acrylic. By Marcin Kowalik

Marcin Kowalik was born in the Renaissance city of Zamość in southeast Poland and studied at the Academy of Fine Arts in Cracow, where he works. He creates in acrylics what he calls “spatial, often illusory geometrical structures, in which sophisticated colour is embedded.”

He has had 40 exhibitions in Poland and elsewhere, and his work is in corporate and private collections including that of law firm Clifford Chance. He has lectured in Dublin and other centres. 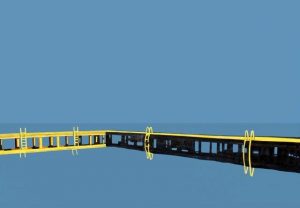 One of 113 exhibiting galleries at  the Affordable Art Fair www.affordableartfair.com  Battersea Park, London,  October 23-26 2014, Vernissage London is at stand G- 11. Please see www.vernissage.co.uk.  A selection of the wearable art can be seen at www.vernissageprojects.com

RKH and Lloyd’s – a winning combination