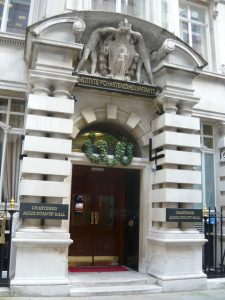 This Capital Link’s 4th Annual Shipping and Offshore CSR Forum at One Moorgate Place, at the ICAEW, will be for ever remembered as besides its well construed programme covering all aspects of CSR in this specialist field, the high calibre of its panellists and moderators, as well as the vigour and acumen of its chairman Clay Maitland, offered the chance for the world of shipping present there to witness and appreciate the CSR Leadership Award presented to Admiral Efthimios E. Mitropoulos, IMO Secretary-general Emeritus and Chairman of the “Maria Tsakos” Foundation. All in all a great performance of Nicolas Bornozis and his international team.

A great welcome by Nicolas Bornozis stressing the importance of  CSR which via this Forum  provides and highlights the practical advantages from the implementation of CSR policies and their positive impact on profitability, cost of capital and commercial operations.

He thanked all the sponsors, companies, organisations and media partners for their continued support and contribution, which not only demonstrates the ongoing success of Capital Link’s Annual Maritime CSR Shipping & Offshore Forums but also the increasing importance of the CSR function in the maritime industry.

After an interesting kick-start with Clay Maitland’s opening remarks to the 200 plus strong audience, Christian Von Oldershausen  spoke on “Sustainability – SCR & the changing face of the shipping industry”; he based his presentation on the environmental aspect stating about global trends and the need for the industry to conduct an activity “in the long term”. He touched upon the argument of embracing technology within the industry and reducing costs. Excellent!

Then come the first panel moderated by Clay Maitland, the conference chairman, founding member of NAMEPA and managing partner of International Registries. The theme was “CSR-Beyond Regulatory Requirements; New challenges & Industry response” and the panel – constituted from Marcus Pearson from DP World, Dr. Philip Belcher from Intertanko, David Peel from RightShip and Frederick J. Kenney Jr, from the IMO,  concentrated deeply in the matter! All the speakers were embracing on examples with regards to their areas of expertise; i.e. tanker etc. The process of vetting has been raised; by some, which has been illustrated, by some, as an example for the industry to function. There was an illustration that there is a need for embracing with the values provided and managing in that respect the industry.

According to Dr Abdul Rahim the managing director for Europe and Africa from ClassNK, under the “Technological Innovation for the Global Maritime Industry”, there needs to be a creation for IT Platforms in order to raise information technology; an in-depth and meticulously presented subject!

The argument of transparency has been illustrated and raised by Dimitris Vastarouchas, from Danaos Corporation, engaging with the fact that the industry it is in a good extent.

Under the following panel, “Maritime Safety and Security”, people such as Dr Peter Swift, Captain Alwin Landry, Roger Harris and Philip Wake as also David H. Tongue have argued for the great essence of having practical and realistic ideas within this industry and for achieving that there is a need to engage the people in the industry.

Another interesting issue come to the fore; this time under the “Energy Efficiency & its effect on shipping & the environment” complemented the speech of Christian von Olderhausen! The panel’s moderator Luis Benito from Lloyd’s Register had a great team of panellist comprised by Peter Towsend from Swiss Re Corporation Solutions; the ever present in such events Stephanie Moffat from Zodiac Maritime Ltd, Phil Atkinson from the Graig Group and Charles Moray from Oceanfoil Limited.

In the final panel from the first half of the day, consisted by Richard Clayton, moderator, from HIS Maritime & Trade/Fairplay, Captain Kuba Szymanski, a regular speaker form InterManager, Constantinos Galanakis  from Elvictor and Manish Singh from V.Group who came to present their ideas under the “Human Factor- Anticipating New Challenges”. Under this panel various ideas have been raised. Namely, the idea that a company is willing to keep a seafarer and this can be based on loyalty, another argument the fact that seafarers’s skills illustrates and encompass a shortage of the whole bulk, who look at a visible of a long return career.

from the intense networking lunch break

The Networking lunch was as intense as you can’t imagine given the importance of the speeches already delivered and all delegates wanted to meet and discuss further with panellists more issues and ask further questions.

Then come the moment all delegates, speakers, even the organisers waited for: The Keynote Remarks & Presentation of Capital Link’s 2014 Maritime CSR leadership Award to Admiral Efthimios E. Mitropoulos, Secretary-General Emeritus of the IMO and Chairman of the Board at the “Maria Tsakos” Foundation. He was introduced by fellow Greek Spyros Polemis, the immediate Past Chairman of the International Chamber of Shipping and current president of the International Shipping Federation, who also presented Admiral Mitropoulos with The Award in the presence also of H.E. Constantinos Bikas, the Greek Ambassador in the United Kingdom. A great moment for Admiral Mitropoulos, Greece and the World!

We will bring you in full both Admiral Mitropoulos and Spyros Polemis’ speeches, so look up on our updates. Worth though mentioning some of his points, such as “that CSR was increasingly seen as good business sense”; “Shipping today needs to be able to demonstrate that it has cultivated a reliable and well-trained force and is sustaining an environmental culture, “, and that “Shipping is no different from any other industry. Shipowners and operators need to protect their brand image and customers select companies that have viable CSR policies. Nobody wants the embarrassment of their companies making the headlines for all the wrong reasons.”

After this unique event, the very eloquent Sam Eastwood, partner at Norton Rose Fulbright come to the podium delivering a more than excellent and well prepared slides paper on “Corporate Governance & Corporate Social Responsibility”. The Shipping Industry’s Concerns where “demands for small bribes are a feature of many ports – part of an institutionalised local culture”, with an example also on specific incidents such as “The Suez Canal, known as Marlboro Canal as pilots, tug masters and mooring gangs demand cartoons of Marlboro cigarettes and other small bribes” and “Brazil where port Officials invent new requirements” and other issues where explored and explained briefly but also detailed. He gave also an account on the “Collective Action” to be taken  and gave  four explicit examples on the “anti-corruption declarations”, “ Integrity Pacts”, “Principle based initiatives” and “ certifying business coalitions”. He also specified the Collective Action in the Shipping Industry. He ended with an excellent reference of why we should all get involved and simply minimise this despicable situation.

Sustainable Ship Recycling was more than professionaly moderated by Michael Grey in his capacity as London Correspondent of Lloyd’s List. Grey had possibly one of the most diverse panels comprised from high calibre panellists: Dr. Nikos Mikelis, a non –executive director form GMS Dubai, one of the world’s most important recycling and shipbroking companies, took the podium first with an excellent slides presentation which included photographs too, enhancing evidently his paper. He briefly explained that “Recycling is a very practical industry and before considering the ethical dimension one needs to be aware of some key facts, such as where the industry is concentrated (South Asia, China and Turkey), how the Chinese have survived so far, particularly in the last 14 months given the governmental subsidies, the need for international shipping to have s geographic spread of ship recycling capacity and he stressed there the fact that the recycling industries of south east Asia are indispensable to the shipping industry and also to the economies of their countries. The question, according to Dr.Mikelis stands on how to motivate sufficient recycling yards and governments in south Asia to meet the newly developed international standards of safety and environmental protection. He referred also to the Hong Kong Convention whose entry into force is practically subject to accession by India, where the issue is like a chicken and egg saga if there is no financial motivation to the yards. A good point raised was the one of ill-advised officials in Brussels, and hoped that the governments in Belgium and other right thinking European States will avert the tragic mistake that has been brewing in Brussels through the regulator’s lack of understanding the international shipping and ship recycling.

Interesting points, but debatable too by the other panellists which included Ms Gudrun Janssens, policy advisor from OVAM in Belgium, John Stawpert from the International Chamber of Shipping and Benoit Loicq from ECSA.

Six questions made it the most discussed panel of the forum! One could ask and argue for long given the diversity of some issues and some realities few had the courage to ask!

“Driving Transformation through the value chain – the demand for CSR by charterers”, theme was also one of the best panels – a mostly ladies panel moderated by Alastair Fischbacher from Sustainable Shipping Initiative. Carol Routledge from AkzoNobel (International Paints Ltd, Mette Olsen from Maersk Line, Clea Kaske-Kuck, performed excellent to making some WISTA members attending the event very proud! Chris Welsh from Global Shippers Forum and Captain Jonathan Stoneley, FNI, a marine consultant the other members did their best for one of the most crucial matters bothering the industry.

With the forum now on a heat-up atmosphere, the last panel moderated by Kirsi Tikka, the President and COO, Europe division from the ABS, was yet another success. Still 200 delegates around, showing the strong support, interest and appreciation of the quality of the event by the delegates. The ABS approach to the issue was explained and we keep the maxim “Safety is what we do and quality is how we deliver”. Panellist included Andrew Clifton from SIGTTO,  Volker Heil from Lomar and Gerry Docherty from Ardmore, one of the best performers in this forum!

More than seven questions and a statement by Captain Kuba Szymanski were heard and the faithful remained for the closing remarks by Nicolas Bornozis and Clay Maitland.

Capital Link’s receptions are reknown for its vibrant networking and fun, good dips and drinks, a midweek more or less break, much needed given the many events due even until Saturday!

Congrats to all and hope next time round we have more time for questions, which, given the issue, will greatly assist in giving the right solution to many problems urgently needing pragmatic solutions; this is why CSR is not a panacea!

We would like to thank Andria Alexanrdrou – Ph.D. Candidate, at Queen Mary University of London for her valuable notes during the morning session; excellent!

All About Shipping et al at the 32nd Athens Classic Marathon…