Although aimed primarily at its members operating tugs and barges in US domestic trades, the American Club’s new initiative, Man Overboard!, also touches on issues, particularly regarding situational awareness, relevant to the broader marine environment. 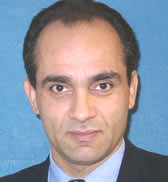 Man Overboard! comprises a range of media applications, including posters for use both on board and ashore, as well as web-based animations which can be found at the club’s website at http://www.american-club.com/page/man-overboard.

The intentionis to foster awareness of the dangers which can lead to people falling overboard on the vessels and structures which form part of their daily round. It is also intended to reinforce the larger culture of safety to which members are already committed, and to which Man Overboard! is intended to be a valuable addition.

The many moving parts and rapidly changing circumstances of tug and barge operations in particular make training in support of strong situational awareness vitally important. This is especially the case in preventing overboard incidents, which form a significant proportion of injuries involving crew and other personnel within the US waterways system.

Dr. William Moore, senior vice president, explains that the managers (Shipowners’ Claims Bureau Inc.) collaborated closely with the safety and environmental committee of the club’s board in developing this initiative, and also gained much assistance from individual members and others. Dr. Moore adds: “Thanks are also due to IDESS IT in the Philippines who were responsible for the technical components of the assignment, displaying their customary professionalism and creative flair.”

The American Club was founded in February 1917. In addition to its US headquarters in New York, the club is able to provide local service across all time zones, communicating in eleven languages, with subsidiary offices in London, Piraeus, Hong Kong and Shanghai and a worldwide network of correspondents.