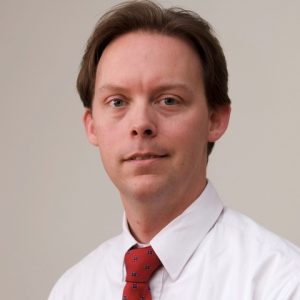 Interferry has welcomed a decision at last week’s IMO Maritime Safety Committee meeting (MSC94) setting out rules for the location of fuel tanks on LNG-powered ships – a decision that the trade association says will safeguard further development of the LNG option.

Following concerted cross industry coordination, key member states agreed a way forward that offers impact protection of the tanks in the event of collision or grounding while avoiding the potentially prohibitive requirements of proposals previously under discussion.

Until now the IMO’s efforts to avoid damage to LNG tanks and the consequent fire hazard have focused on placement of the tanks according to a mix of prescriptive rules and sophisticated calculation models.  This has caused increasing concern among ship designers and owners because LNG is more voluminous per energy content than conventional fuels and therefore needs bigger tank systems.  Objectors to the approach argued that the space methodology limited the fuel autonomy of vessels – raising the unreasonable expectation of them having to refuel at every port of call.

Now ship designers have been given two options for fuel tank location.  The first allows ferries and other ships to make use of the same rules that large LNG tankers have been operating under for decades without any LNG-related accidents.  Under this traditional approach, LNG fuel tanks must be placed at a distance from the hull of at least 20% of the width of the ship, minimising the chance of them being hit in a collision.

Alternatively, using the more sophisticated approach, tanks may be located closer to the hull if the placement can be made equally safe through measures such as making the tanks shorter to distance them from a potential strike area.

Interferry regulatory affairs director Johan Roos comments: “While we strongly advocate safe designs and solutions, we also support the development of new technologies that will help increase the sustainability of our industry.  The IMO decision provides a predictable framework for the protection of LNG tanks and removes concerns over rules that in effect would have made LNG non-accessible as a fuel for ferries due to too restrictive requirements on tank location and size.”

Mr Roos stressed that, although LNG is nominally less expensive per energy output than diesel fuels, the overall investment cost for an LNG-powered ferry could be unbearable when factoring in the cost of shoreside refuelling infrastructure, so owners would not be able to invest in this new technology.

FUGRO awarded one of offshore wind…