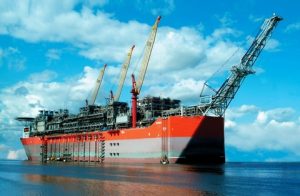 A call for a closer look at the huge shipyard risks associated with giant energy construction projects has been made by two of the leading insurance specialists in the sector.

The breathtaking scale of the projects was outlined in a presentation at the 2014 conference in Hong Kong of the International Union of Marine Insurance, by Paul O’Keefe, energy placement leader and client director at Aon Singapore Broking Centre,  and Alex Gordon, Singapore-based senior marine risk engineer with Liberty International Underwriters.

Very large plants and massive hulls are “now the face of the offshore development industry … and today Asia is the place to build them, ” said Mr O’Keefe.

It was Asia that could create more space in its yards, greater craneage and drydocks and therefore orders for prefabrication. As we come into gas production, Asia has dominated, said the Aon director.

Mr Gordon said that one of the more well known risks is the potential for significant build-up of values at any one yard or in any one natural disaster area.

“I was in a yard recently and saw three new build rigs all being built for the same owner stood within feet of each other at the berth. I wonder to what extent the insurers or indeed the owner appreciated that three times $200m was potentially exposed to one event. If they fell as dominoes, that would actually be a far more difficult recovery situation than for a rig that partially collapsed alone.”

How much damage at several yards could occur as a result of typhoons? Between 2009 and 2013 there were 134 tropical storms in the Asian region, and the last super-typhoon, known as Typhoon Maemi, in 2003 caused significant damage to port structure and vessels in South Korean shipyards.

Fire was probably the biggest risk. “How the yard and owner manage the building going to live process at a time when often tensions are high between them is an interesting conundrum. The yard assumes that the unit’s fire fighting systems will be tested and working by such time while the owner will make sure he has isolated the seawater intakes because he does not want the muddy soils at the shallow berth drawn in!

“The bottom line is that testing and commissioning often presents risk situations that are not considered in the design, which looks at a fully functioning operation in the field, and it is important for insurers to know this aspect has been considered.”

With the growth in gas production, facilities are getting bigger still and one should ask “just how much bigger can they get?” Existing barges are modified to take ever bigger loads and the strength of these barges is being pushed to the limits, especially when the actual build weight turns out to be 10% more than originally designed for and contingencies (tolerances) are eroded, said Mr Gordon. Insurers need to make sure that this aspect is fully covered by a reputable warranty surveyor who knows where to draw the line even if it means a significant project delay.

Mr Gordon said that the only tool available to underwriters for assessing the quality of such a yard is the JH143 Risk Assessment Survey which grades yards on 12 categories of risk, allowing underwriters to make a decision on vulnerability to claims, including geographical and environmental risks, fire risks and management systems.

“But are JH143 risk assessment surveys applicable to offshore units in so far as construction is concerned?” asked Mr Gordon.  Most marine surveyors are experienced marine engineers or master mariners but might not have experience in the offshore oil and gas sectors, particularly construction of offshore units.

“With higher value, high-tech, bespoke units being constructed, do we really appreciate the specific risk factors which may be associated with possibly unproven technology? Maybe a specific scope of work for surveyors conducting these types of risk assessment surveys needs to be agreed in advance of any attendance.”

He said that consideration should be given to an option available under JH143 warranty wordings, which would allow underwriters to have annual verification audits as the construction progresses and be kept informed of how risks are being identified, mitigated or managed.

Mr O’Keefe said that subsea field development facilities in the 1980s and 1990s had created the prize for shipbulding, with a lot more floating units and supply vessels needed. With deeper water exploration, the shipyards would have to up their game. Drill ships, blow-up preventers, and floating production storage offtake vessels had a plant footprint that was massive. Asia was the place to build them, but the big question was always “Can the shipyards build to oilfield standards?”

For ships, the shipbuilding industry achieves a 20-year design life by drydocking and inspecting a vessel every five years. For floating production, minimal production downtime dictates that the vessels operate without scheduled drydockings. This means the vessel structure must be provided with overall strength consistent with the long-term site environment and with design to ensure satisfactory fatigue performance.

As China consolidates its yard capacity, it is trying to capture more of the higher end-value chain, such as LNG and offshore vessels. China is taking orders on jack-ups, semi -submersibles and FPSO builds and conversions, although the country is some way from winning the types of orders which the Korean shipyards are dominating. Yantai CIMC Raffles, with three fabrication yards possesses the world’s largest gantry crane, with lifting capacity of 20, 000 tonnes to join entire deck-boxes and lower hulls.

Singapore has great experience in the construction of such units, but its yards are restricted by limited land space for further expansion as their Korean counterparts, dominant in such arenas, have.

All yards, including those in Korea, are supported by fabrication sites in other parts of Asia building hull blocks, modules and other structures for integration to the main hull.

Mr Gordon said that an article in Upstream earlier in 2014 reported that the order book at leading yard Samsung Heavy Industries was made up of 68% offshore units and 32% marine vessels, which showed that Korean yards have in general been successful in winning orders for high-end offshore plant. Samsung has a current flagship project in the $5bn Shell Prelude floating liquefied natural gas facility, which has been described as the world’s largest floating object, at 488 m in length

Daewoo Shipbuilding and Marine Engineering has very large infrastructure including a 900 tonne Goliath crane and the world’s largest drydock.

Mr O’Keefe said that Singapore was once considered the best of the Asian yards capable of building to oilfield specifications – it was chosen for the first newbuild mega-FPSOs – until Exxon 15 years ago claimed for $350m of defects. Today Singapore could be considered a key hub for conversions, while on the construction side, Keppel was building a record 20 ‘monster’ deep-sea rigs.

Mr O’Keefe questioned whether the shipyards should have any concerns for their future. At the time he was speaking, the crude oil price had weakened but was well above $80 a barrel, a level at which the yards believed the big oil firms would have the incentive to keep developing deepwater fields, and thus keep ordering offshore units. “Perhaps they shouldn’t be so sure… Some say that many facilities are today totally over-engineered, ” said Mr O’Keefe.

Perhaps the next chapter would be written as a result of new technology, not in shipbuilding but in ‘fracking’, which produces oil from onshore shale beds – possibly the end for now, of deep water developments and the demand for expensive deep-sea rigs and vessels.