London lends tourism impulse for ‘off the beaten track’ Moldova… London lends tourism impulse for ‘off the beaten track’ Moldova, rich in culture and viticulture, By James Brewer

A geographically small country, Moldova packs a lot into its 33, 800 sq km of fertile, hilly landscapes – and into its spacious capital, one of the biggest cities in southeast Europe – for the tourist to experience and enjoy.

It has been largely overlooked as a holiday destination, but that is changing. Specialist tour operators including Cultural Romtour, TatraBis, Solei and Amadeus, took advantage of the World Travel Market in London in November 2014 to reinforce their tempting offers and itineraries.

The country, bordered by Romania and Ukraine, was voted by readers of the Lonely Planet guidebooks in 2013 the number two “off the beaten path” destination in the world (the number one being far-away Bhutan, the Asian mountain kingdom with peaks of up to 7, 000 m above sea level).

That endorsement of Moldova’s modestly-exploited promise “proves that even the most jaded continents have hidden gems, ” said Jack Delf, an enthusiast for the country who is a tourism development consultant at Black Mountain, a holiday company based in Montenegro. “Here is one gem in Europe that still needs to be discovered, ” he told a press conference during the World Travel Market. “What is so appealing is its still undiscovered nature. Moldova is a destination about which you will be increasingly hearing, ” he maintained.

Mr Delf said that during 2013, Moldova saw only 13, 150 travellers booking through tour operators, although the border was crossed by some 2m people, many from neighbouring countries including Ukraine, Romania and Germany. Some 30, 000 people in 2013 could be categorised as independent travellers to the republic, and there is a genuine warm welcome for foreigners, asserted Mr Delf.

Roughly the size of Denmark, but with a population of just 3.5m, Moldova was until 25 years ago part of the USSR, and has been torn between facing east or west. Its leaders in the capital, Chisinau, signed an association agreement with the European Union, to the dismay of Russia, which suspended its intake of wine from its former ally.

Even more critically, upon the break-up of the Soviet Union, the Russian majority on the eastern side of the River Dniester rebelled against control from Chisinau.  After a short and nasty war, the border was frozen, and visitors to autonomous Transnistria, which is recognised as a separate entity only by the Russian Federation and South Ossetia, need a visa to stay overnight. Transnistria has the second biggest city of Moldova, with its Soviet reminders such as a statue of Lenin. Stepping into the breakaway region is like going back to the USSR, people in the tourist business say. “We found the bright sun version of the old Soviet Union” commented one US writer. 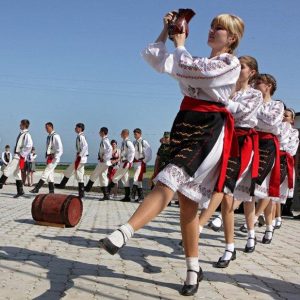 To the south, the country extends 25km short of the Black Sea, to which there is access via the Nistru and Danube rivers. Twenty years ago, the Moldovan parliament conferred autonomous status on the southwestern region known as Găgăuzia which has as an official language related to the Turkic group.

High on the list of tourism attractions are the vineyards. People living in the country now known as Moldova have been making wine for 2, 000 years – they used to top up the cellars of the Roman Empire. The country has become one of the world’s top 10 wine producers, and an American expert wrote recently: “The wine situation in Moldova is going to be huge in certain circles.”

Official statistics count 142 wineries, of which 23 welcome tourists to hear about the production process, and taste wine from international varietals, and Moldovan and Romanian grapes. There are four separate grape-growing regions, and investors have sunk a lot of money into the business. 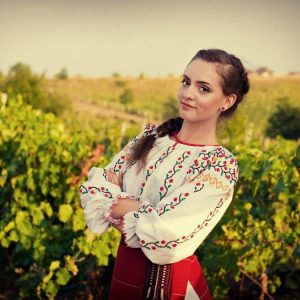 Cultural Romtour, a leading tour operator, emphasises that the Romanian region of Moldova and the Republic of Moldova “are linked through their famous and good wines.”

Highlight of the Moldovan viticulture year is the wine festival in the first weekend of October, featuring much lively, popular music and dance, with some of the most intense action in the central square of Chisinau attracting thousands of visitors to meet representatives of 100 wineries.

Cellars are spectacular: they are so vast it is possible to get lost within them. Fortunately, guides are on hand to lead the way.

South of Chisinau is Milestii Mici, an underground city 80 m deep, with 200 km of ‘streets’ said to constitute the largest network of caves dug by man. Its collection of 2m bottles earned it a place in the Guinness Book of Records in 2006. 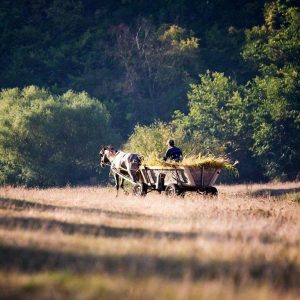 Cars and a tourist train trundle through the 120 km of galleries housing 30m litres of wine at Cricova, the second largest underground gallery network, north of Chisinau. In all, Cricova has 70 subterranean lanes. Travel agency TatraBis cites a story that during in 1966, Russian astronaut Yuri Gagarin lost his way during his visit there and spent the night in the tasting room, which was later named after him.

As to Purcari winery, in the southeast of the country, Cultural Romtour recounts that its produce was presented at the tables of such figures as the Russian Emperor Nicholas II, and Queen Victoria and King George V of Great Britain.

Much else goes on in the countryside besides grape-growing, for 65% of people have a smallholding, Part of the country was nicknamed the Kremlin garden because Stalin had the best products flown to his kitchen. Rural life has not yet been spoiled by tourism, according to Mr Delf, with a great deal of travel in such areas still horse-drawn.

The history of the country – part of ancient Bessarabia – is etched into its churches and monasteries. Capriana, 40km from Chisinau in a picturesque forest area, is the oldest monastery. It was founded in the reign of Alexandru cel Bun (1399-1432), and reconstructed by Stefan cel Mare around 1470. The latter, in English Stephen the Great, used the wealth of Moldova to restore the Zograf monastery of Mount Athos, Greece, in gratitude for its defence of the Orthodox faith. Much later, in 1698, Antioh Cantemir II of Moldova ceded Capriana to the ownership of Zograf. Capriana was one of the first monasteries reopened in 1989 and became a symbol of national rebirth. 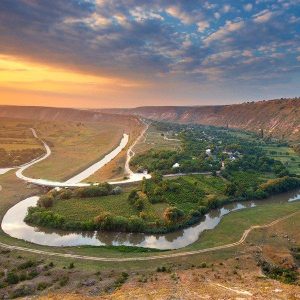 The government of Moldova in 2014 nominated for the Unesco world heritage list the panoramic valley landscape – beneath the Niestru and Prut rivers – of Orheiul Vechi, centred on a 40, 000 year-old natural amphitheatre, and where a medieval town was built on the remains of a Tatar-Mongol fortified settlement, later to be abandoned. Imported Greek Pontic amphorae dating from around 300BC have been found there. Some 200 caves carved into the limestone and used by monks date from the 15th century AD onwards.

Among other memorable monasteries is Tipova Monastery, for at a waterfall nearby, the poet and musician Orpheus of Greek mythology is said to be buried – although more usually it is claimed that he would have been buried in Pieria, Greece. Chisinau, which has 800, 000 inhabitants, is built on seven hills – just like Athens, Rome, Constantinople and Lisbon. Its many buildings of limestone have earned it the name of the white city, but it could equally be called the green city, for plentiful parks made it one of the leafiest capitals in Europe. The main monuments and administration are on and close to the main boulevard, which is named after Stephen the Great. The city’s central location makes it a capital base for day trips to most of the other attractions of compact but considerably varied Moldova.

Moldova is one of the best and safest country to travel in. People in Moldova are some of the most hospitable throughout Europe. The food is great and their wines are world class.