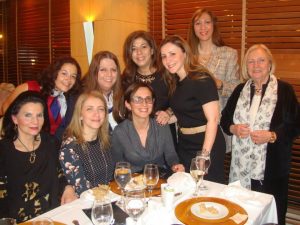 It was in a joyful and warm atmosphere that over 120 WISTA Hellas members gathered together at the Athens Ledra Hotel on Friday, 30 January 2015, for their traditional Vasilopita cutting.

The President of the Association, Mrs Angie Hartmann, together with the rest of the Board, welcomed their guests and exchanged wishes for the New Year. Mrs Hartmann cut a separate small “Vasilopita” for the association and the members of the BoD and was happy to announce that it was “Greek Shipping” who won the lucky flouri (sovereign).

During the event, WISTA Hellas member Ms Eleni Athousaki, presented the Board with the event Certificate that has been issued further to calculating the final carbon footprint of the WISTA Hellas Annual Forum 2014. 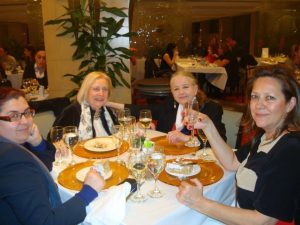 Ms Aspa Gouliara, was the lucky winner of the two gifts of the raffle – the 150 euro worth voucher towards any of the KEFI Tours & Conferences Ltd. provided services (kind courtesy of our member Christina Bezantakou) as well as a dinner for two at the Ledra Kai restaurant (kind courtesy of the Athens Ledra Hotel). 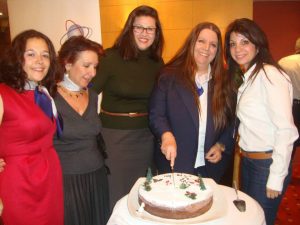 The lucky “flouri” was found later in Ms Ioanna Vitta’s pita who had parted early from the event. 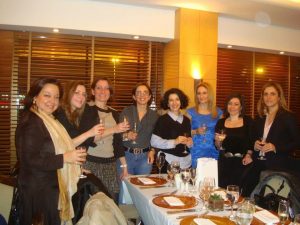 One more lucky lady was Mrs Aurette Arkas, who won the 1-day tour to the islands of the Saronic Gulf (kind courtesy of our member Christina Bezantakou). 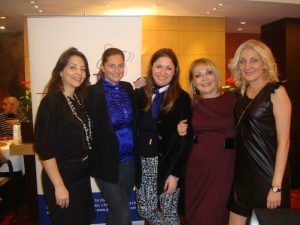 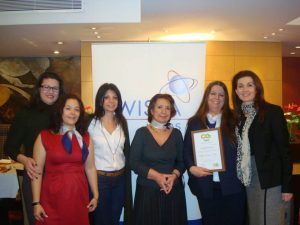