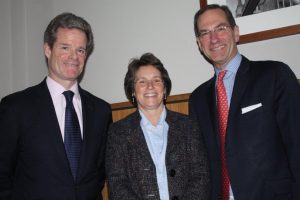 London underwriters have been warned that coverage dispute lawsuits in the United States could bring heavy financial consequences where bad faith claims are also pursued by assureds.

Two attorneys from US firm Wiggin and Dana LLP who specialise in representing clients in such areas, told a market briefing organised by the International Underwriting Association that a growing number of lawsuits include allegations of bad faith. The definition and parameters of bad faith are framed primarily by court decisions, and are subject to change.

The law of bad faith requires an insurance company to act fairly and in good faith towards, and in the interest of, its policyholders, equal to its own interests.

Philadelphia-based Joseph Grasso, and Stamford-based Michael Thompson, partners at Wiggin and Dana, illustrated the concerns by reviewing recent holdings by a number of US courts. 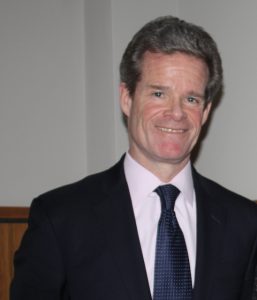 Mr Thompson said: “We are still seeing a lot of big awards in the US.” If an insurance company acts in bad faith it may be subject to punitive damages. He said that most people in underwriting and claims positions do a very diligent job, but they had to ensure that they acted promptly and carefully when their actions were challenged, to avoid opposing counsel jumping on delays or failures in co-ordination.

Mr Grasso, who is counsel to the American Institute of Marine Underwriters and the Inland Marine Underwriters Association, reminded the audience that insurance in the US, with the exception of marine insurance, is governed by state law. There are significant differences among the states in principles applicable to insurance law and bad faith. The two lawyers ranged through recent cases in various US jurisdictions, focusing on property and casualty coverage, including marine and fine art.

Pre-trial hearings were of particular moment in many of the decisions. Mr Grasso said that often a party losing a motion for judgment prior to trial would settle the case out of court.

Some jurisdictions, including New York, were seen as generally favourable for underwriters; whereas in others such as Florida, an assured in a successful action is entitled to recover fees and costs.

It followed a collision between two yachts,  Contender 36 and Masterpiece, both owned by Brickyard, causing injuries and damage, in Biscayne Bay, Florida. Under an AIG recreational marine policy, one of the yachts was insured by National Union Fire Insurance.  The latter denied payment on the basis that at least three warranties had been breached: that of the vessel being limited to occasional charter; the requirement for a licensed captain on board; and there being more than the maximum allowable number of passengers on board.

The insurer filed for a declaratory judgment action and Brickyard counterclaimed for “statutory bad faith” under Florida law. The court found in favour of the insurer, that under the “most significant relationship test” Virginia law should apply. It dismissed the claim for bad faith as there was no private right of action for bad faith under Virginia law. It gave Brickyard leave to amend its counterclaim in accordance with Virginia law.

Summarising an even more recent case, Richard Avedon Foundation v AXA Art Insurance Corp, heard in February 2015, Mr Grasso said the New York Supreme court declined to dismiss an entirety of bad faith claims. The Foundation insured a triptych,  The Chicago Seven, September 25, 1969, which was damaged by water in a warehouse in December 2011. It had said the work was worth $2.5m and its value had been diminished to just $50, 000. Underwriters said the work had been worth $2m, and there was around $400, 000 of damage.

As discussions went on, suit seeking punitive damages was commenced by the assured only in February 2014, three months beyond a two-year time bar policy provision. AXA Art’s recovery group commenced an early subrogation action against the warehouse and was able to prove this was a separate matter – it was not bound by statements in the subrogation. The court held that the suit was not time barred. A claim under General Business Law §349 which relates to deceptive trade practices by insurers was dismissed, but other claims for consequential damages were not dismissed. The case continued and there had been not yet been a finding of bad faith.

The two insurers provided cover for a construction contractor which had an employee who suffered a personal injury. An initial demand of $2m met no response; mediation began with a $2.5m opening demand, which was reduced to $1m (the primary policy limit) with an offer of $200, 000. Recommendations for increased settlement authority also failed to elicit a response, and an adjuster at Indian Harbor admitted: “This claim totally slipped off my radar.”

In Century Surety Co v Blevins et al, Louisiana District Court threw out a claim of bad faith, where the insurer did not misrepresent any pertinent fact or policy provision in its reservation of rights letter. Century had issued a commercial general liability policy to management of a hotel, which was sued by family who stayed there. The family’s young son had drunk a toxic substance contained in an ICEE Cup (brand name of a cup for frozen drinks) left in the hotel lobby.

Century brought declaratory judgment action against the assured on the basis that the child’s alleged injuries were caused “by toxic or hazardous properties of a substance” and were excluded under the policy. There was a counterclaim alleging Century’s reservation of rights was “in bad faith” but it was held there was no legitimate cause for a bad faith action because Century did not misrepresent in the reservation of rights any pertinent facts or policy provision. The court dismissed the bad faith claim with prejudice, and found there was no private cause of action for a claim of unfair insurance practice under the Louisiana Unfair Trade Practices Act.

Mr Thompson referred to a breach of contract and bad faith action brought by Country Club of Fairfield against New Hampshire Insurance Co, after Tropical Storm Irene led to flood water from Long Island Sound damaging golf courses and property, resulting in cancellation of tournaments and lost revenue.  The insurance company made a much reduced partial payment to the club as coverage for the flood damage to the seawall, refusing to pay for the damage to the golf course and loss of business income. It categorised the client’s move as a substantive rather than a procedural bad faith claim. The court denied the insurer’s motion to stay discovery (disclosure of documents) on the grounds that a “bad faith” issue could be looked at, at a stage when there was but “sparse briefing of the parties.”

In their conclusions, Mr Grasso and Mr Thompson emphasised the importance of accurately representing policy terms and provisions when communicating with assureds, and listed further recommendations to minimise exposure to bad faith claims.

They strongly advised coordination between claims and underwriting officials from the outset, referring to the risks of a decision being made by a claims assessor without consulting the underwriter.

Claims handling had to be competent and consistent: there would be a failure where an assured could demonstrate a claim has been handled in a different manner from other claims.

Claims had to be handled in accordance with company protocols and guidelines; otherwise the door would open for a claim of bad faith. Claims manuals should be updated as necessary to see for instance whether any cyber-related issues needed to be addressed.

Coordination and communication with the assured was vital, as is communication between excess and primary underwriters, and an underwriter and assured and defence counsel. There must be prompt response to complaints, and investigation carried out in a fair and impartial way. Care was needed with electronic communication.

As to mediation, “We encourage people to think about it all the time, the earlier the better.”

Ann Waite of AW Marine, who moderated the IUA session, said that the speakers had underlined that the consequences of bad faith findings could be quite penal. She endorsed the view of the Wiggin and Dana lawyers that communication was key to effective practice.