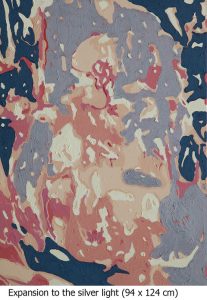 Expansion to the Silver Light. By Harikleia Papapostolou

Breathing Colours: London debut exhibition by Greek artist Harikleia Papapostolou at Belgravia Gallery in the West End from May 12-16 2015,  By James Brewer

One of the most exciting up-and-coming Greek artists, Harikleia Papapostolou, is about to make her London debut. Her bold, colour-infused abstract oil paintings will be on show at Belgravia Gallery, in the heart of the West End art district, from May 12 to 16 2015. The exhibition will appropriately be entitled Breathing Colours.

The best-selling author Victoria Hislop, whose writings and their television adaptations have celebrated the essence of society and culture in Greece, is an enthusiast for Harikleia’s work and is to open the exhibition.

“I love Harikleia’s work, ” said Mrs Hislop.  “Her use of texture, movement and colour is really exceptional.  But as important as her technique is her passion, which I see in every piece that she creates.  Harikleia is a very talented artist and I am very proud to own one of her paintings.  It fills the room with light and energy.”

The Greek press has bestowed admiring coverage on Harikleia Papapostolou and the London show is sure to be a curtain-raiser to extending her reputation among fine art circles throughout Europe.

She insists that her projects symbolise life itself in its constant motion, in its pulsating and illuminated striving for continuity. “There is no need to try to understand a work of art: we can just feel it, ” she says. “My hope is that my work is able to evoke interpretations and feelings I have not even imagined. That way I can feel that the viewer has come to a form of possession of the work through gazing upon it.” 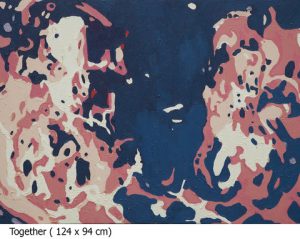 Through this impressive manifestation of her output, Harikleia encapsulates her fundamentally optimistic philosophy: “This collection reveals my need for light, since there is a luminous form even in my darkest works. There is a connection for me between all things, emotions, and being: everything conceals creativity, continuation, development, movement. Movement is life.”

One of the best descriptions of her oeuvre came from the art critic Harris Kambourides, a member of the Academia Europaea, who wrote for the catalogue of her exhibition at Gallery Ersi, Kolonaki, Athens, that shiny colours like light bulbs in rows turned each picture “into a lively phantasmagoric, almost festive event. Through accentuation and shadings, the darkness enters a third dimension and becomes an autonomous form.” 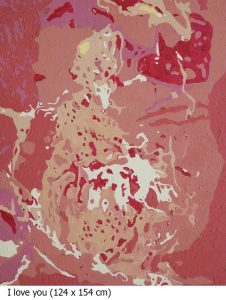 Harikleia Papapostolou was born in Stratoni, Halkidiki, in the north of Greece.  She graduated in 2011 from Aristotle University School of Fine Arts in Thessaloniki, exhibiting in that year with co-graduates in the 15th Biennale of Young Mediterranean Artists in Thessaloniki. She has thus had a fairly short time in which to become established, but her rise as a professional artist in Greece has been rapid, with 2014 marking her breakthrough to a wider stage by means of her exhibitions in Athens.

Since opening in 1986, Belgravia Gallery has been a platform for established and emerging artists in the capital’s arts scene. It is run by mother and daughter, Anna Hunter and Laura Walford.

2015 GREEN4SEA Forum – One of the best ever global events