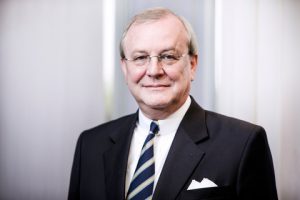 HAMBURG/KIEL HSH Nordbank is easing the pressure on its balance sheet with a fur-ther Nautilus transaction, thereby continuing to resolutely wind down its risk-prone legacy assets. To this end, HSH Nordbank and the Navios Group (“Navios”) have signed a binding letter of intent for the acquisition of 14 ships at serious risk of insolvency. In the second transaction with Navios since 2013 a loan in a nine-digit USD amount will be financed by a new banking syndicate. Moreover, Navios will contribute fresh capital in an eight-digit amount to the financing. At the same time, HSH Nordbank will remain involved in the fu-ture financing construct in order to benefit from a potential recovery in the shipping mar-kets. The transaction is expected to close in the second quarter of 2015.

“The benefits of the transaction are self-evident: We are reducing our risks and Navios is broadening its portfolio to include complementary ships. The ships in turn are given eco-nomic prospects as a result of becoming part of a new fleet”, said Wolfgang Topp, General-bevollmächtigter and Head of HSH Nordbank’s Restructuring Unit. The portfolio includes seven container ships and seven dry bulkers. The average age of the ships is around four years. Navios acquired a portfolio of ten ships financed by HSH Nord-bank in a first Nautilus transaction in 2013.

Nautilus is a financing model developed by HSH Nordbank for insolvent ships and those at serious risk of insolvency. The structure supplies the ships with fresh capital from an inves-tor and thus with a solid capital structure. In addition, the existing credit amount is partly refinanced by a new creditor, which means that HSH Nordbank is no longer exposed to the full original loan volume. The Bank is thereby reducing its risks and given the opportunity to recover the original credit amount at a later point of time depending on the general trend in the market.